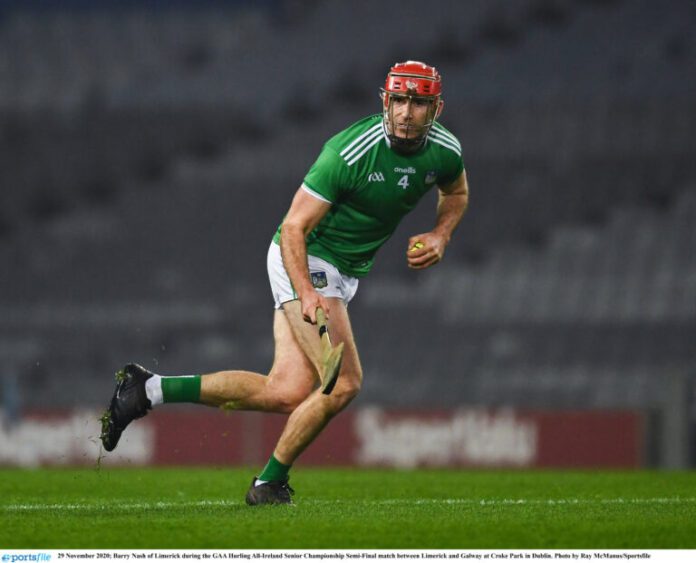 LIMERICK and Galway meet in the second round of the 2022 National League on Saturday.

A fixture that has become one of the staples of the GAA calendar in recent times, Limerick and Galway do battle once more this Saturday in the TUS Gaelic Grounds.

While their meetings were few and far between until a couple of years ago, the sides have met five times in as many years including an All-Ireland final and a League decider.

Limerick have had the better of those clashes, winning four out of five, with the most recent going against them.

Ahead of this Saturday’s meeting, look back on the most previous five encounters between Limerick and Galway below.

Limerick’s eight year stint in the second division of the league came to an end as they defeated Galway in Salthill to earn promotion back to 1A.

Galway came thundering out the blocks and were 1-3 to 0-0 ahead early on before Aaron Gillane’s penalty gave Limerick some hope.

Yet Galway pulled away again and were full value for their measurable half time advantage.

But Kiely’s men were a different side in the second period and were within one after Kyle Hayes’ goal after 47 minutes.

Galway pulled two clear once more but Seamus Flanagan eventually drew the sides level on 58 at 1-18 to 2-15.

The hosts had the next score but that was to be their final effort on target as points from Graeme Mulcahy, Cian Lynch and Pat Ryan down the stretch sealed a famous win for Kiely’s side.

Limerick’s 45-year wait for All-Ireland glory finally came to an end as they held on from a late Galway fightback to secure the Liam MacCarthy cup.

John Kiely’s youthful side held an eight point lead heading into as many minutes of additional time before the Galway onslaught.

Graeme Mulcahy’s goal middway through the half helped Limerick into a 1-10 to 0-9 lead at the break which should have been more given Limerick’s dominance.

A trio of scores from Kyle Hayes coupled with goals from Tom Morrissey and Shane Dowling looked to have given the Shannonsiders an unassailable lead approaching added time.

Quickfire goals from Conor Whelan and Joe Canning gave the defending champions hope as they reduced the lead to a point.

Mulcahy would grab Limerick’s final score of the year which was cancelled out by a Canning ’65.

The Galway man would have a chance with a long range free with the final puck off the ball but it dropped short as Tom Condon raced clear with sliotar in hand.

The referee blew his full-time whistle as Croke Park and Limerick as a whole erupted in historic scenes.

2 February 2020 in the LIT Gaelic Grounds

Limerick laid down an early marker on intent in the League making it two from two and keeping potential All-Ireland opposition at arms length for large periods of the game.

Declan Hannon had Limerick’s first score after 90 seconds as the sides traded points throughout the first quarter.

Joe Canning had Galway’s first lead of the day and they moved two clear after 20 minutes from Conor Whelan.

But four unanswered from Limerick had them 0-12 to 0-9 to the good at the interval.

David Dempsey’s brilliant goal shortly after the restart gave Limerick a cushion which they didn’t look like losing as they pulled away down the finish.

John Kiely’s men were made to work in reaching a second All-Ireland final in three years, seeing off a stubborn Galway side late on in GAA HQ.

With no one in attendance, the Tribesmen hit the ground running against a Limerick side that had won each of their 11 games to date in 2020.

They were three to the good inside five minutes, holding a 0-7 to 0-2 lead middway through the half.

But a second quarter surge from the Shanonsiders had them 0-15 to 0-13 clear at half time.

Yet, in a nip and tuck contest, but the sides were level as late as the 74th minute.

However, three late points from Tom Morrissey would prove crucial as Limerick saw off the stubborn Galway challenge to book their place in the All-Ireland decider with Waterford.

Kiely’s men proved too strong for the Deise in the final picking up a second title in three seasons.

Galway inflicted a first defeat on Limerick in 21 months as they secured a 0-26 to 1-17 win in Salthill in the second round of the 2021 National Hurling League.

Galway were incredibly efficient in the opening half with 0-14 from just seventeen shots that gave them a three point lead at the interval.

Galway were 0-10 to 0-5 to the good just prior to the half hour mark before Seamus Flanagan grabbed the only goal of the game.

After introducing Aaron Gillane and Darragh O’Donovan at he half, Limerick were within one within five of the restart but could never draw level as Galway continued to find the target.

The gap was just two with twenty to play, yet the Tribesmen were able to find another gear, hitting seven of the final ten scores for a deserved win.