THE family of murdered Limerick man Jason Corbett have expressed concern over suggestions that the US retrial of his killers could be delayed for another six months.

The case against 71-year-old Tom Martens and his 37-year-old daughter Molly is already one of the longest-running non-capital murder trials in North Carolina history.

The  Martens were unanimously convicted of second-degree murder after a five-week trial in August 2017 and received 20 to 25 year prison sentences.

However, they were subsequently granted a retrial by the North Carolina Supreme Court.

The retrial was scheduled for next May but legal issues and the impact of the Covid pandemic have raised the possibility of yet another delay.

The father and daughter were convicted of beating the 39 year old Janesboro man to death with a metal baseball bat and a concrete paving brick as he slept at his home outside Winston-Salem in North Carolina in August 2015.

Both claimed they acted in self-defence but the Corbett family have consistently maintained he was killed over the custody of his children.

Davidson County District Attorney Garry Frank refused to speculate on whether the retrial could be deferred, although he acknowledged there were issues that required considerable time to be dealt with.

A judge has already been appointed for the retrial and an administrative hearing will be held on March 11 when it is hoped a retrial date will be confirmed.

Mr Corbett’s family are particularly upset over the potential impact of any delay on Mr Corbett’s two children, Jack and Sarah, both of whom are in secondary school in Limerick. 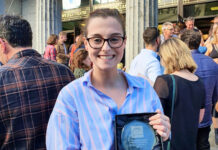