FEARS over possible effects of increased levels of pollution on human health, livestock and the environment have been raised by local objectors to plans by Aughinish Alumina to expand its bauxite refinery near Askeaton.

Local groups who took part in an online meeting on Monday, February 7 claim that if planning permission is granted to the Russian owners Rusal, it will lead to an unacceptable risk to health and particularly to the environment of the Shannon Estuary.

Because it is regarded as a strategic infrastructure development, Auginish Alumina is entitled to apply for permission directly to An Bord Pleanála, bypassing the local authority.

A decision on the application expected in June.

Pat Geoghan of the Cappamore Farmers Group told the online meeting that should an Bord Pleanála grant permission it would pave the way for a further build up of materials which, it is claimed, are toxic.

“I am alarmed by the possible effects of increased levels of pollution on human health, livestock and the environment,” Mr Geoghegan said.

According to Mr Geoghegan, increased volumes of material would increase the risk of wind-borne dust landing in nearby farms, the Shannon Estuary and beyond.

He added that “the likelihood of significant environmental effect” on two designated conservation sites on the Rivers Shannon and Fergus “is not excluded in the application report”.

Operating since 1983, the site is considered a strategic development because of the importance of aluminium in technology and industry.

In its planning application, the company warned: “The closure of the facility at Aughinish would result in a significant loss in highly-skilled employment opportunities in the wider area and result in the loss of one of the state’s major industrial manufacturing facilities.” 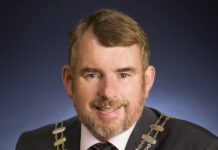 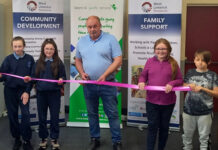 The mood is always sunny in Askeaton’s Solar youth space