LIMERICK Green Party TD Brian Leddin has been challenged to come out against an EU proposal to classify gas and nuclear power as a green energy.

According to Limerick People Before Profit representative Cian Prendiville,  Deputy Leddin has failed comment on recent statements by EU Commissioner Mairead McGuiness suggesting that energy from gas and nuclear power stations should be recategorised as green energy.

This is despite the fact that the Green Party TD  is chairman of the Joint Oireachtas Committee on Climate Action.

In a statement to the Limerick Post, the former councillor said that Commissioner McGuiness was strongly lobbied by corporate interests to label gas and nuclear as ‘green energy’.

“This makes a mockery of the EU’s claim to be a world leader in measures to avert climate change. Gas is a fossil fuel that will increase carbon emissions while nuclear energy leaves behind waste that does not decay for centuries.

“How can any serious politician pretend these are part of a sustainable agenda – unless they are practising for a comedy routine?, Mr Prendiville asked.

“The EU Commission will need to garner support from national governments for this absurd move as it will have to be agreed at the EU Council.

“The Dáil should declare Ireland’s outright opposition to this plan – as other countries have done.

“The Green Party will have to decide whether it wishes to join its coalition partners in rank hypocrisy or stand by its verbal opposition to climate change,” he added. 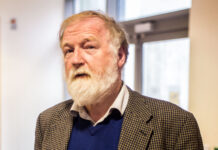 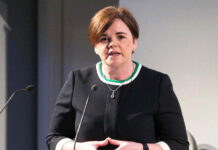