IN THE aftermath of the death of Ashling Murphy and the subsequent increase in random attacks on women, the Limerick branch of the Labour Party wants to help ensure that cities, towns and villages are places of safety for women and girls.

In her book ‘Feminist City’, Dr Kern looks at how we can live differently, live better and live in a more just society – when cities are designed for women.

She argues that designing spaces and places for men perpetuates social and economic inequalities, ignores gender, class, race, ability and delivers urban spaces that are largely hostile for women, for children, for older people, for people with disabilities and for ethnic minorities.

“The truth is that urban planning in Ireland doesn’t consider the routes, streets, speed, time of travel and journey patterns of women. Questions such as which streets are not used, what routes women take, where are women travelling to, does journey length matter if the lighting is better on a longer route – are simply never asked,”  Limerick Labour Party Chairperson Anne Cronin explains.

“Women are statistically more likely to be travelling with children, with groceries, to childcare, medical centres, schools and parks, yet this data is largely ignored when designing public places and routes to them. Why are so fewer females cycling to school or work than males in this country, when in other countries, the percentage share is more equal?”

The Facebook Live event, which will be facilitated by Ms Cronin on the Limerick Labour Facebook page this Thursday at 7pm, will see Dr Kern joined by Ailish Drake, an award-winning architect and advocate for quality public realm.

Ms Drake makes the point that the responsibility for designing and maintaining most public space in Ireland falls to engineers in local authorities, who see these places primarily as spaces people need to move through as quickly and efficiently as possible.

“Architects have for years been highlighting the need for public realm and urban design upgrade projects to be design-led and people-focused, rather than a small part of a traffic-management plan. Much of this public-realm work is still carried out by civil, structural, mechanical, and electrical engineering teams, with very little focus on people-first design, let alone gender-inclusive design,” Ms Drake commented.

The public meeting will also hear from local Labour councillor Elena Secas, who feels we need to reimagine our public realm in such a way to impose attitude and behaviour change.

“We also need to make it safer for women and more equitable especially through our planning choices,” Cllr Secas said. 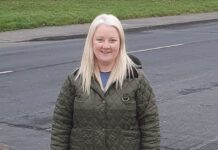 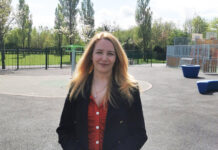