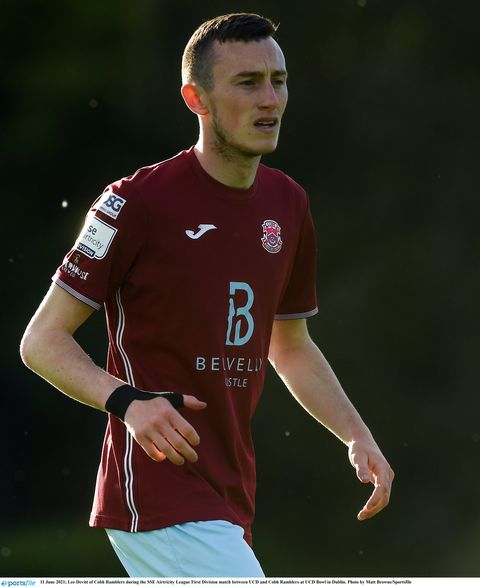 THE focus of our player profiles now falls on two young players who have made a real impact in the Airtricity League since their arrival.

Both players are from the Newmarket area in Clare and both have started the season with solid displays in midfield. There are plenty of similarities as both vie for a place in the starting line-up on Friday night.

Lee Devitt: Lee is entering his fourth season at Airtricity League level at the age of 21. Having come through the underage system at Limerick FC, Devitt made his debut for the first team in 2019 under current manager Tommy Barrett. Devitt showed his versatility throughout a difficult season as he lined out at left-back, left wing and central midfield.

Known as the “silent assassin” by teammates, Devitt is tough in the tackle and shows plenty of bravery on the pitch. He has shown no fear during his early years at this level both on and off the ball. Devitt spent the last two seasons with Cobh Ramblers becoming a first-team regular but decided to move closer to home for 2022. He adds plenty of competition along with Jack Lynch, Mark Walsh, Callum McNamara and Joe Collins in the midfield area but as previously mentioned, he can be utilised in several positions.

Callum McNamara: Callum’s rise in popularity among Treaty supporters has been meteoric. It is an incredible story as Barrett admitted that he almost cut the midfielder from his squad last season as he thought he could only name 25 players in the squad. He cited that McNamara was “too strong” but thankfully McNamara was signed as it was an administration error.

He didn’t feature for the majority of the first round of games last season but was afforded an opportunity due to suspensions and never looked back. The Newmarket native gives you bundles of energy and for such a young player, his reading of the game at this level is superb. On many occasions last season when the situation called for it, it was McNamara who took the game to his more illustrious opponents and raised the tempo with a defensive tackle or winning an aerial duel.

He will be desperate to maintain his place in the team and excelled once more in the recent Munster Senior Cup victory over Waterford.