THE Choice Music Prize for album of the year will be announced on Thursday March 3 from Vicar Street, Dublin.
No Limerick acts in the final ten this time for the prize which was won by Denise Chaila last year even though critically acclaimed LPs from rapper Strange Boy and indie band Anna’s Anchor made a strong case for music out of the treaty city in 2021.
The announcement will be made on RTÉ 2FM in a special four-hour extended show from 7-11pm. A special TV show will be broadcast soon afterwards on RTÉ2 presented by Tracy Clifford and Bláthnaid Treacy.
RTÉ Choice Music Prize “Conversations” will return and take place online the day before on Wednesday March 2, in partnership with Culture Ireland.
Taking place between 11am – 3pm, via Zoom, Conversations brings together artists and music industry professionals to discuss and explore some of the key issues affecting both performers and the wider music industry.
Hosted by Jim Carroll (RTÉ), Conversations will feature industry talking heads discussing TikTok – How To Make It Work For You; Music and NFT ‘s – A Token Gesture or a Viable New Revenue Stream?; Here To Help – Organisations That are There To Support You which will feature Gill Dooley – CEO AIM Ireland and Angela Dorgan – CEO First Music Contact. Register for Conversations 2022 HERE

Celebrating the best in Irish recorded music, the prize has become one of the music-industry highlights of the year since its inception in 2005. The Irish Album of the Year award is chosen from a shortlist of ten albums by a panel of eleven Irish music media professionals and industry experts.
Seven of the ten acts so far have confirmed to perform at the live event, Elaine Mai, For Those I Love, HousePlants, Kojaque, Mick Flannery & Susan O’ Neill, Soda Blonde and Villagers. Also nominated are Bicep, Orla Gartland and Saint Sister.
Tickets for the Choice Music Prize live event are on sale now from all Ticketmaster.
HousePlants (Bell X1 frontman Paul Noonan and music producer Daithí) are among the nominees with their album Dry Goods. The group will perform at Dolans on Friday February 18. 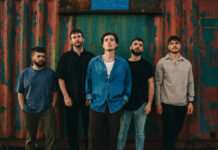 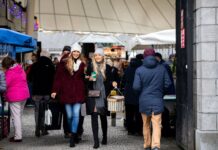 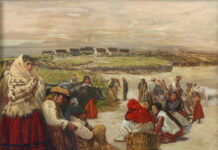 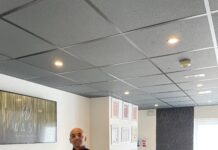