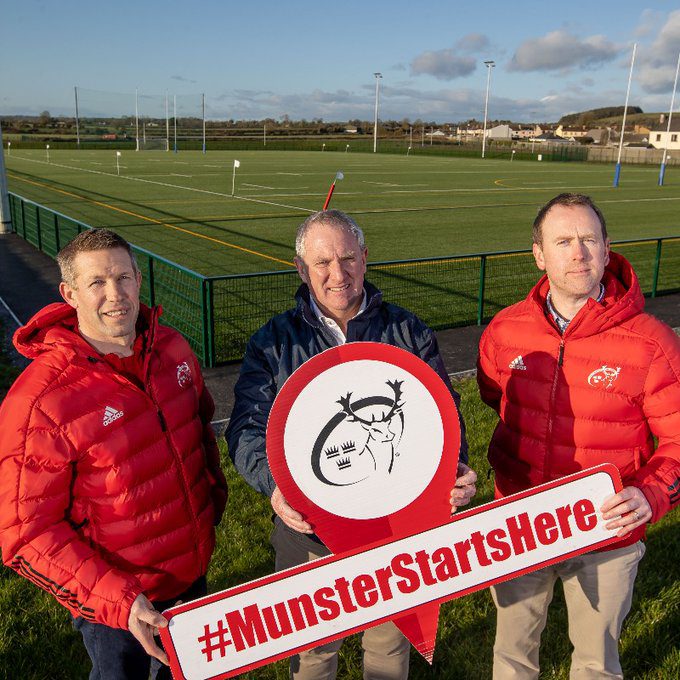 MUNSTER Rugby has established a Regional Centre of Excellence in County Tipperary for its underage and development squads.

The partnership will see Munster Rugby’s underage and development squads have access to state-of-the-art facilities including a full-size 3G floodlit pitch.

Munster Rugby will also have access to a modern gym, changing room and meeting room facilities once the latest phase of Fethard Town Park is completed by the end of the year.

“This new Regional Centre of Excellence will provide state-of-the-art facilities for young players right throughout the province.

“It is our intention to establish Centres of Excellence in different parts of Munster so that our footprint is widespread and that as many young players as possible have access to the best facilities. This will increase participation and further enhance the player pathway in the province.”

“I am delighted Munster Rugby have come on board using this magnificent new facility as their Centre of Excellence; their involvement will be of tremendous benefit in developing rugby from grassroots to high-performance level.”