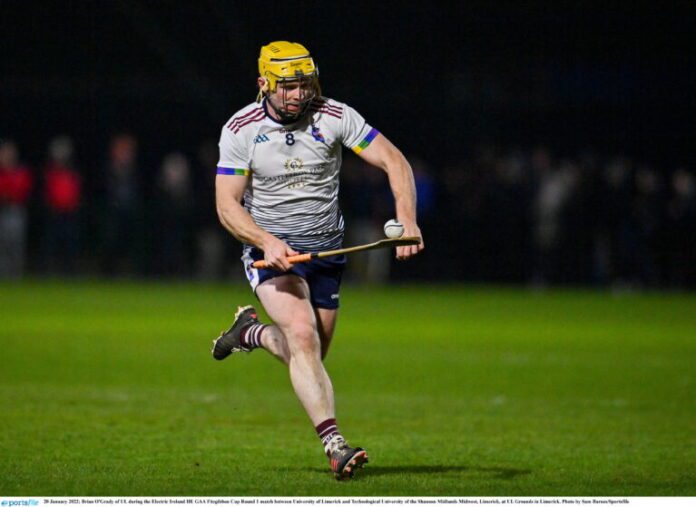 THE Limerick side left it late for the second time in a week to capture the title.

The University of Limerick are Fitzgibbon Cup champions for the seventh time after they beat NUIG 1=21 to 2-15 in IT Carlow on Saturday afternoon.

Mikey Kiely, as he did in the semi-final, had a late goal to secure the win but in truth the momentum of the contest swung when Cian Lynch was controversially sent off with just three minutes of normal time to play.

NUIG led by four prior to the dismissal but didn’t score again as 1-4 on the trot sealed the title for UL.

Points from Brian O’Grady, Ciaran Connolly and a pair from Gearoid O’Connor ensured UL were on level terms before Kiely struck for the decisive goal.

From a Limerick point of view, the side was well represented with a number of panelists while Brian O’Grady played a starring role in the final chipping in with a crucial score late on.

The side was also managed by Limerick native Brian Ryan, with Lynch the only local player featuring on the opposition team who had 14 Galway men in their starting XV.

With both of the sides needing extra time in their respective semi-finals, the game was a slow burner with NUIG, who had a slightly loner recovery from their last four win, starting that bit brighter with Evan Niland signalling his intentions from the off. The Clarinbridge man finished with 0-14 on the day as NUIG opened a 0-4 to 0-2 before UL captain Bryan O’Mara had the first of his four long range efforts.

But John Fleming, one of only three NUIG scorers raised the first green flag of the day after a quarter of an hour, soloing through the UL defence before firing past Dean Mason.

Brian Ryan’s side had three of the last four scores of the half to leave it finely poised at 2-7 to 0-9 in NUIG’s favour at the interval.

And they continued in that vain after the restart with Kiely denied by a brilliant Liam Reilly save immediately from the throw in.

Nonetheless, within four minutes of the restart, UL were within one as O’Connor clipped over.

O’Mara levelled with a free from well inside his own half before Ross Hayes made it five on the bounce for UL as they took the front.

But Niland continued to keep the scoreboard ticking over for the Galway side who were three clear with fifteen to play. Two more from the star forward looked to have NUIG home and hosed before the controversial red card incident and UL’s late fightback. 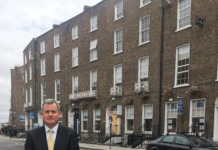 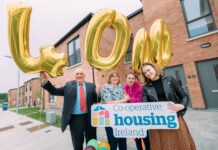