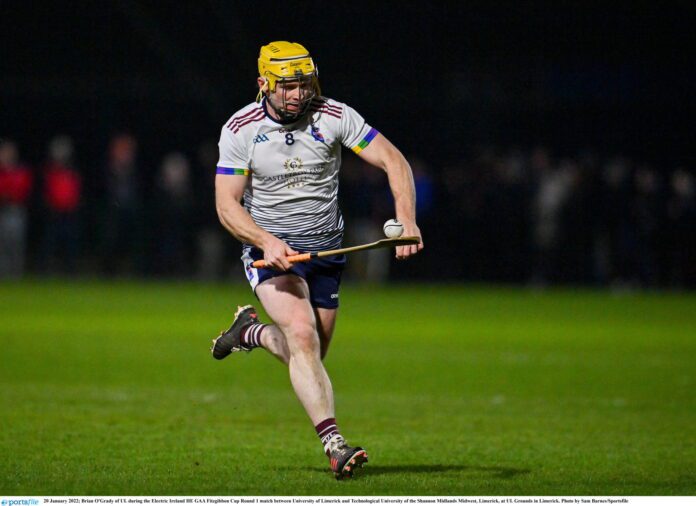 ROUND-up of all the sports action this weekend including Fitzgibbon success for Limerick, Munster’s victory at home and the NBA All-Star Weekend.

In a very busy weekend for the province, there was plenty of ups and downs across for all natives.

The weather caused havoc in the GAA calendar with a number of games called off, the college season came to an end, Treaty kicked off their season with an impressive win while the Premier League title race just got a lot more interesting.

Check out that and more below.

Michael Kiely delivered a late goal that proved clutch for UL as they claimed the Fitzgibbon Cup final title at the expense of NUIG on Saturday. With four minutes remaining in normal time UL were trailing by five points but produced 1-5 without reply to seal the win for the college.

Limerick gave up a five point lead to Louth in Division 3 to suffer their first loss of the season. Westmeath vs Longford and Fermanagh vs Laois were both postponed due to weather/pitch conditions. Antrim breezed by Wicklow in the only other game in this division.

In Division One, Kerry and Tyrone were Sunday’s victors beating Donegal and Kildare. Mayo had a victory over Dublin in Croke Park. Armagh and Monaghan finished even in the top tiers other game.

In the second division Derry beat Cork at home by nine points. Roscommon and Meath both had draws with Clare and Down while Galway vs Offaly was postponed.

Carlow beat Waterford in the first Division Four game of the weekend. London continued their perfect start to the season as they beat Leitrim on the road. A further two games were postponed in this division, Sligo vs Cavan and Wexford vs Tipperary falling foul of the weather.

The Limerick Ladies footballers beat Offaly to make it two from two in the League and book their place in the semi-finals.

Munster were able to bounce back from their loss in Glasgow beating Edinburgh convincingly in the URC. Simon Zebo bagged himself a hat-trick for the home side in Thomond Park.

Ulster beat the Dragons 12-0 on the road. Connacht and Leinster both had wins against Scarlets and Ospreys respectively. Glasgow beat Bennetton Treviso.

On the domestic front, Treaty United got their First Division campaign off to the perfect start as they beat Wexford 5-1 away from home.

Enda Curran had a brace for the visitors while Joel Coustrain, Joe Gorman and Callum McNamara also found the net.

There were other big wins in the Division for Waterford FC and Cork City while Longford Town’s game with Cobh Ramblers was postponed.

In the Premier League this weekend, Liverpool cam from behind to beat Norwich 3-1 with Luis Diaz grabbing his first goal in a Liverpool jersey. Shortly afterwards Man City lost to Tottenham in the Etihad to blow the title race wide open as Liverpool can draw level with the defending champions should they win their game in hand and beat City at home in April.

Elsewhere, Burnley who beat Brighton 3-0 to take them off the bottom of the table. Watford also beat Aston Villa in their attempt to get out of the relegation zone. While Manchester United, Arsenal and Chelsea all picked up wins.

The Joseph O’Brien-trained Fakir D’Oudairies became the latest Irish raider to claim big-race honours in Britain as he landed the Grade 1 Betfair Ascot Chase under Clane jockey Mark Walsh on Saturday. There has not been an Irish-trained winner of the race since Sound Man took the honours for Edward O’Grady in 1996, but Fakir D’Oudairies ended the 26-year wait in no uncertain terms.

A strong 9/4 favourite, the JP McManus-owned seven-year-old took control after the final fences and scored by a length and three-quarters from 25/1 chance Two For Gold at the line.

Rory McIlroy picked up a top-10 finish at the Genesis Invitational at Riviera Country Club over the weekend. The Ulster native had a final round of 68 to leave him on 10-under for the tournament.

Joaquin Niemann’s 19-under total gave him a two-stroke victory over world number two Collin Morikawa and US rookie Cameron Young.

The 71st All-Star weekend took place in Cleveland as the best players in the world were on show. In the All-Star game, Team LeBron won out 163-160 with captain James sealing the victory. Game MVP Stephen Curry broke the single game record for 3s, hitting 16 on the night.