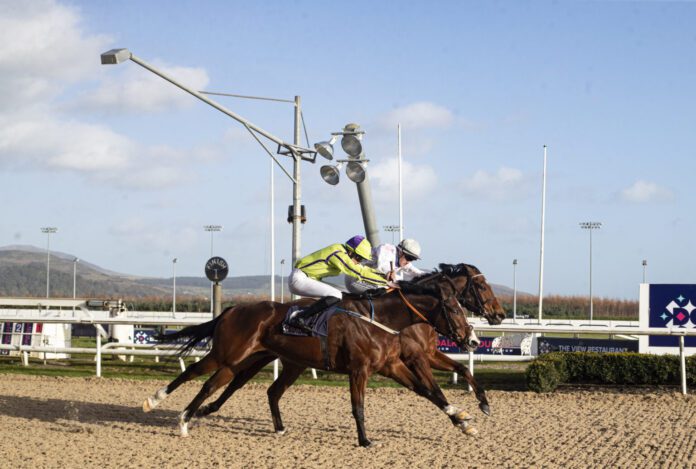 WEEKLY summary of Irish horse racing, as Limerick’s Billy Lee finds third winner of 2022 and has a winner second week in a row.

Billy Lee added to the previous week’s Friday night double at Dundalk with another winner on the all-weather on Wednesday afternoon. He teamed up with Curragh trainer Darren Bunyan to land the eight-furlong maiden with the Siobhan Ní Cheallaigh-owned Elzaam Blue.

A well-fancied 5/1 chance on his debut, the four-year-old, which cost 800 guineas at a breeze-up sale in England in 2020, got on top late on to win by a head from the Denis Hogan-trained 13/8 favourite Jaafel.

Lee said of the winner, “Chris Hayes said that he works nicely and goes well and that I probably should come up and ride him. Fair play to him! He was very green early on; he didn’t know what it was all about really.

“He only got it turning in and I just started picking them off. I said I was going to be a lovely second and he’s really taken off in the last furlong and picked up well.” he said.

Shannon trainer Michael McDonagh landed a deserved success with Krabat which ran out a taking winner of the beginners’ chase at Clonmel on Thursday.

Ridden by Cathal Landers, the 11/4 joint-favourite eased clear between the final two fences to beat the Gavin Cromwell-trained Duchess Ravenwaves by all of 11 lengths with Willie Mullins’ Cavallino, the other market leader, only a moderate fifth. Landers said of the seven-year-old, a narrow runner-up at both Punchestown and Naas last month

“It was straightforward enough and off his mark in a handicap the last day, he had a good chance in this. His experience stood to him and he handled the ground better than most. He is a big galloping horse.”

There has not been an Irish-trained winner of the race since Sound Man took the honours for Edward O’Grady in 1996, but Fakir D’Oudairies ended the 26-year wait in no uncertain terms.

A strong 9/4 favourite, the JP McManus-owned seven-year-old took control after the final fences and scored by a length and three-quarters from 25/1 chance Two For Gold at the line.

Walsh dedicated his victory to his uncle Michael, who died during the week, and said, “Michael was a great man and racing fan. He would have loved to see this. He was always supportive and this is for him.”