VACANT and derelict houses have been described as a black mark on cities, towns and villages by a Limerick Green Party TD.

Speaking about the Vacancy, Dereliction and Regeneration Bill in the Dáil last Wednesday, Deputy Brian Leddin said it was morally wrong there were so many empty homes across the State.

The Bill, introduced by the Green Party, seeks to amend existing legislation in relation to vacant and derelict property, associated taxation measures and the processes of upgrading and regenerating existing properties in line with Government aims of tackling housing shortages.

However, a Limerick People Before Profit representative who is organising a walking tour of derelict Limerick sites this Saturday, says the Bill doesn’t go far enough.

Cian Prendiville said that the proposal of a three per cent tax on derelict properties “is simply not good enough to address this blight.

“House prices are rising 14 per cent, so investment trusts can simply sit back, pay the fee and still end up better off,” he claimed.

Deputy Leddin commented: “We must restore the fabric of our cities, towns and villages, get people living in them again, and do so in a sustainable manner.

“Revitalising our urban centres requires a multi-faceted approach. We need to build new houses to address the housing need, but we have a huge capacity in our existing town and city centres and we need to make the process of bringing those back into use simpler.”

His party colleague, Cllr Seán Hartigan said the proposed three per cent of property value tax would “be repaid to the local authority where the vacant property lies which, for example, would fund housing needs in Limerick.” 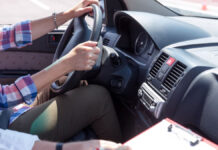