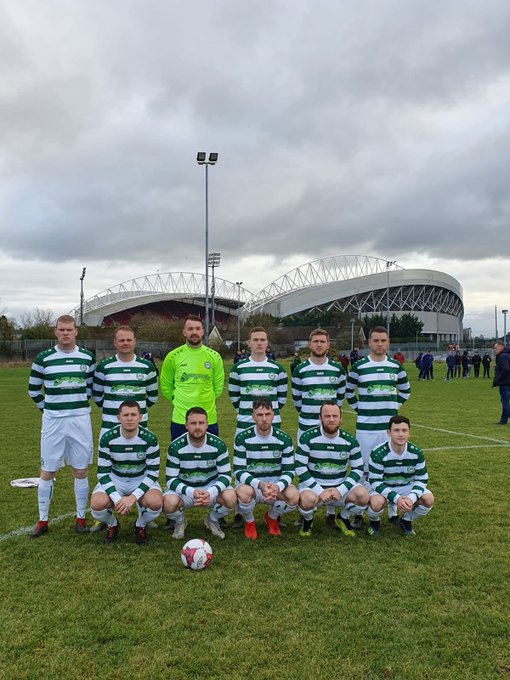 IT will be a huge weekend in Limerick junior soccer circles with three Limerick District League sides playing in the last 16 of the FAI Junior Cup while Carew Park will also contest a re-scheduled Munster Junior Cup fixture in the Treaty city.

Lawson Cup and Premier Division bottom six games are also to be decided in a blockbuster weekend. Unfortunately, inclement weather conditions forced the postponement of the vast majority of games last week but the LDMC will be hoping for better luck as we enter the busy March period.

All three FAI games take place on Sunday afternoon with cup holders Fairview Rangers hosting Galway outfit Salthill Devon at the Fairgreen (2pm). It will be a very difficult assignment for the Limerick outfit with Salthill currently sitting on top of the pile in the Galway Premier Division with the likes of Athenry and Mervue trailing them although both of those sides have games in hand.

Jason Purcell’s outfit prepared well for the clash as they put in a professional display to dispatch of Aisling Annacotty 0-3 in the league last weekend. Purcell will call upon the experience of the likes of Shane Duggan and Jeffrey Judge as we enter the latter stages but in truth, the vast majority of the current squad possess winners’ medals from 2020 and will be desperate to add to the collection.

Pike Rovers will be desperate to bounce back from last week’s surprise exit in the Munster Junior Cup at the Hoops were beaten by Regional United on penalties following a 2-2 draw after extra-time. It was another blow for Robbie Williams side who have failed to regain their early season form since the restart of the campaign after Christmas.

They were also on the end of a home defeat to Ballynanty in the league, but it must be stated that the current group are suffering from the high standards set by some of the current squad and their predecessors in recent years. Pike will be heavy favourites to overcome the challenge of Ballinasloe Town on Sunday at home but will certainly avoid complacency following last week’s result.

Regional United take on Dublin outfit Tolka Rovers on Sunday afternoon (2pm). Tom O’Connell’s side showed great character last week which hasn’t always been synonymous with the Dooradoyle side in recent years. However, this season, led by the experienced Kieran O’Connell, they appear to have a fierce determination and resilience and will take huge confidence from last week’s win over their local rivals.

Many were expecting Regional to exit the big competitions once the likes of Jack Arra, Ed McCarthy and Evan O’Connor left the club last month, but they remain fighting on both fronts. Tolka Rovers beat Prospect earlier in the competition after extra-time.

Carew Park host Cork outfit Drinagh Rangers in the Munster Junior Cup as they look to reach the last 16 of the competition. The winners will face Coachford and it is a huge opportunity for the Premier A side to create an upset.