Home Sport Gaa “I know how difficult it is when your against the tide” |... 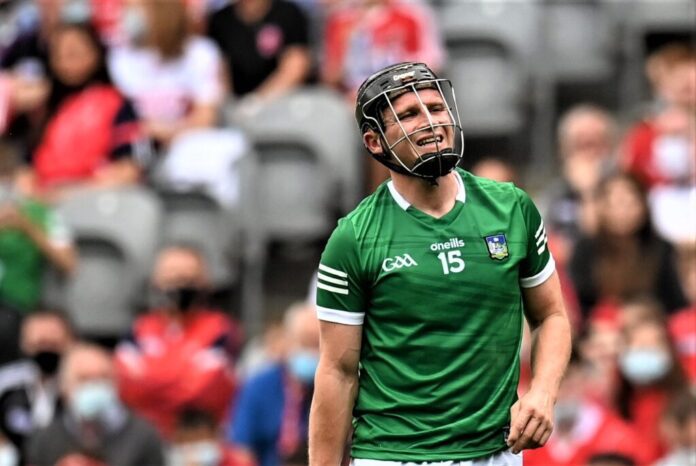 LIMERICK suffered a third successive defeat in the League on Sunday.

Cork avenged the defeat in last years all Ireland final with a comprehensive 2-19 to 1-13 win in the TUS Gaelic Grounds in the third round of the National League on Sunday.

Kiely’s men were fourteen adrift at the half with the Rebels taking advantage of some uncharacteristic play, leading 20-19 to 1-13.

Limerick, now with three losses to their name need to circle the wagons and find that winning form once again as they prepare for Clare on Sunday , seeking a first win of the League.

Speaking to RTE 2fm, former intercounty star Niall Moran fears there is a gulf in class between the starting side and those on the bench, with not enough pressure on the front line players.

“I hurled with Limerick for a long time and my group were on the back of those kind of beatings quite often so I’m not going to jump on the bandwagon and start slating fellas because I know how difficult it is when you’re against the tide.

“The fearful thing Limerick is the gap between the 15-16 players who have carried Limerick to All-Ireland success over the last three or four years and the gap to the guys thereafter, there seems to be a bit of a chasm.”

Moran continued about the depth of the squad highlighting dominant teams of this century, namely the Kilkenny Hurlers and the Dublin footballers who were able to introduce new faces annually.

And for Limerick to join the prestigious club of domination these two teams managed to accomplish, Moran says Limerick need fringe players to step up and push the starting coningent.

“The teams who have stayed at the top for seven, eight, nine years (Kilkenny, Dublin) every year or second year, there’s a couple of new guys who’ve come into the equation”

“The fear for Limerick is the guys who have started in last years All-Ireland, I don’t think any of them are under pressure for their place.

“That’s not meant as a slight on the guys who came in. Guys like Robbie Hanley, Colin Coughlan, Cathal O’Neill, they all did well in patches.

“But I suppose the expectation when you’re playing for the All-Ireland champions is that you’re at the ultimate best. And that doesn’t allow lads to settle in. So, that was probably the most discouraging thing.”

With the game slipping away Limerick manager John Kiely felt like he had to make changes to the squad, as he brought in Diarmuid Byrnes, William O’Donoghue, and Aaron Gillane with that trio all starting both the 2020 and 2021 All-Ireland finals.

Moran feels like those on the field should have been retained as an opportunity to turn the ride or as a lesson in the face of adversity.

“I know John Kiely had to do something, the result was slipping away from them. A part of me would also think that it would have been right to leave them there, leave them sweat it out. The wind was going to be behind their back in the second half. I would have left them there.

“Ultimately, you probably set them back a good bit by taking them off. If they saw it out, a couple of them might have improved their performance.”

Limerick and John Kiely will be looking to rectify their loss to Cork next time out against Clare, but as back-to-back All-Ireland champions, the public shouldn’t start counting them out just yet.

Limerick face Clare in Cusack Park this Sunday at 1.45pm in the fourth round of the Allianz National Hurling League.

The post “I know how difficult it is when your against the tide” | Niall Moran reflects on Limerick recent loss against Cork appeared first on Sporting Limerick.