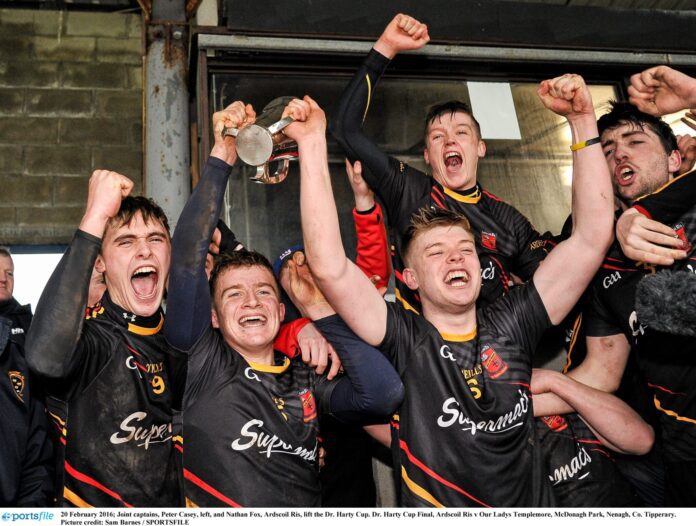 ARDSCOIL Rís are heading to Croke Park later this month, for the All-Ireland Colleges Final, after a seven point victory over Good Counsel College of Wexford.

The Limerick school, defeated in the Harty Cup final last month, were the stronger side, despite a sluggish start.

Victory was made possible by goals from Shane O’Brien and David Kenendy. Niall Moran’s side led by the minimum at half-time, 1-7 to 0-9, with O’Brien’s individual goal lighting up this contest midway through the half.

The Kilmallack man was also accurate from frees after taking over duty from Niall O’Farrell. The Leinster champions were unable to get to their level which saw them win that title at ease, but they were kept in touch during the second half by frees from Jack Redmond.

Redmond scored six of their seven second half points as Jack Golden, Cian Scully and O’Brien were all on target in a dominant second half.

The clinching goal came from David Kennedy, who added to two earlier points, with a low finish.