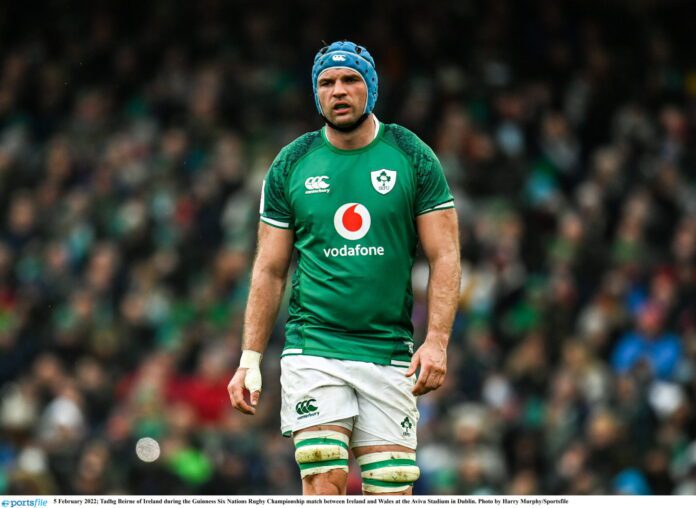 The typical hopeful Irish supporters answer to the question, ‘can Ireland win this year’s Six Nations?’ is obviously yes.

But looking realistically at the final rounds it is not as simple to win. However, this is the Six Nations and it never works out as simple as one would have hoped.

There is the unlikely possibility where if Ireland grab all ten points out of the next two fixtures and France only pick up six that Andy Farrell’s side will lift the cup but this would be reliant on France not troubling the try line against France and England, which we know is very highly unlikely.

This weekend Ireland will take on England in Twickenham, and expect the Irish to rally in an attempt to catch the French. Recently, Irelands form away to the English is of the highest standard with some memorable moments, including the Grand Slam victory in 2018.

France take on Wales this Friday in an effort to keep their golden streak going. The Principality stadium ( Millennium stadium ) is not an easy place to go for any team, the hope is that the Welsh are able to produce some of the magic we’ve seen over the years and scrape out some points.

Players such as Louis Reece-Zammit, Josh Adams and Dan Biggar are all stars that can produce this type of magic all being capped by the British and Irish Lions.

The dangers to that Welsh try line are the star-studded back line of this French side. Antoine Dupoint, Romaine Ntamack and Gabin Villiers are all deadly finishers that are all capable of holding the dagger for France.

If the Welsh are able to deal with the French kicking game and their ingenuity they have a chance in winning.

Ireland will take on Scotland in the final game of their tournament at the Aviva stadium and the hope is that Ireland can finish their campaign with three wins from three.

Ireland have won nine out of the last ten meetings between these two and I would expect that they will do the same again in a couple of weeks.

Ireland’s pool of talent at the moment is untold with newbies such as Mack Hansen, Mike Lowry and even Caelan Dorris boosting one of the greatest Irish teams we’ve ever seen. Ireland will look to be the dominant side throughout this game.

However, the Scottish figures that will try to throw a spanner in the works for Ireland are the likes of Finn Russell and Duncan Van Der Merwe. The lightning pace of Van Der Merwe is a force for any team to deal with and then with Russell’s individuality as a player you just can’t write this team off.

France will take on England in their final game of the campaign. This I feel is the real advantage Ireland may have over the French. England are yet to show a good performance in this campaign and I feel when England play a team like France they always end up making a real game of it.

France will welcome the English’s hope to overturn them playing in front of their own crowd. This is where the French team have excelled most making it almost a fortress for them.

It remains to be seen who will be crowned champions next week but if it is Ireland, then they will need a couple of favours from their Triple Crown rivals.

The post Opinions | Six Nations title not out of reach but Ireland need favours elsewhere to be crowned champions appeared first on Sporting Limerick.