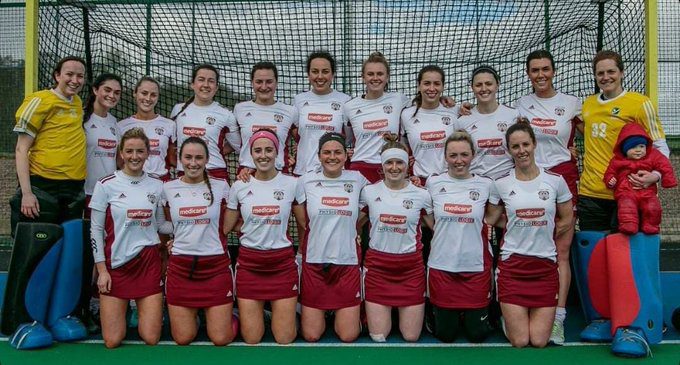 THE Limerick outfit were bested on Saturday with their title chasing opponents winning in their respective tie.

Pembroke Wanderers need just one victory from their final two games in the EYHL next weekend to claim the title after they were victorious on Saturday while Catholic Institute were beaten on the same day.

The Dublin side are on 37 points with two to play while Insta are five points back. However, the two sides meet this weekend in Rosbrien where the Limerick team can move back within two heading into the final round.

A draw next week will also see Pembroke crowned champions with a game to spare.

On Saturday, a trio of second half goals from Pembroke saw them power past third from bottom Belfast Harlequins at home.

Meanwhile, Catholic Institute were beaten 4-2 by Loreto in Dublin to dent their league chances.

The hosts hit the front inside five minutes but Leah Carroll replied for Insta forcing home following a shot from Naomi Carrroll’s shot.

But Aoife Taaffe ensured the lead for her side at the half with a well taken goal. Taaffe then gave Loreto a two goal cushion after the interval with a superb solo goal, taking the ball from 40 metres out before firing into the roof of the net.

Hannah Matthew’s effort made it 4-1 and while Naomi Carroll did find the net for the 13th time this season, it wasn’t enough to mount the comeback with Loreto claiming a vital win to move within four points of Catholic Institute.

However, it wasn’t all bad for the Limerick side over the weekend as they reached the semi-finals of the Irish Women’s Senior Cup for the first time in their history on Sunday.

Recovering from the setback to Loreto 24-hours earlier, the Limerick side had a 5-0 win over Banbridge.

An electric opening twelve minutes from the hosts in Limerick had the game out of reach with three early goals put the game beyond doubt.

Naomi Carroll had her sides first after two minutes, with Leah Clery had their second a minute later. Hannah Kelly made it 3-0 after twelve minutes which was the score at the interval much to the delight of Irish international rugby player Craig Casey.

Catholic Institute didn’t get their fourth until the sixth minute of the final quarter, Jenny Cleine adding her name to the scoresheet.

Christine O’Shea rounded off the scoring in Limerick with the hosts now moving onto play UCD in the semi-final on March 27 with Pembroke and Pegasus meeting in the other last four tie.

Elsewhere in the Women’s EYHL, Old Alex are now within one spot of Insta after they confirmed Cork Harlequins relegation in a 4-1 win.

Pegasus are also in the hunt for a top two finish with their 3-0 win over Muckross as they sit just a point adrift of Old Alex.