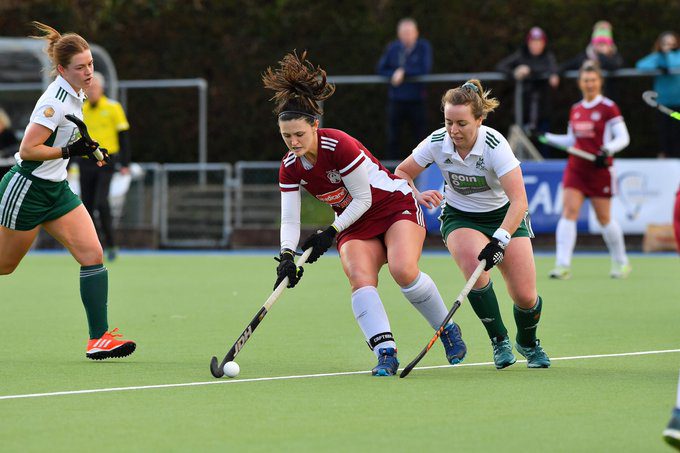 THE Limerick side were in irresistible form on Saturday afternoon to keep their title hopes alive.

The title race in the 2021/22 Women’s EY Hockey League will go down to the wire after Catholic Institute defeated Pembroke Wanderers 4-1 on Saturday in Rosbrien.

The win for the Limerick side moves them within two of the table toppers ahead of this weekend’s final round of games.

The Dublin outfit knew that any positive result would see them crowned champions with five points between the sides heading into the clash.

But Insta’s urgency was greater as they sought an eighth successive home league win. They took the lead in the ninth minute when Laura Foley’s deflected effort crept over the line.

Insta took a two goal lead in the second quarter with Hannah Kelly adding her name to the scoreboard to give the Limerick side a cushion.

However, Pembroke breathed life back into the contest with 90 seconds of the half to play with Gillian Pinder getting on the end of a short corner to leave it 2-1 at the interval.

Pembroke continued to push on the resumption but it was Insta who struck next, Irish international Roisin Upton finishing to the corner after their initial short corner attempt was blocked.

Laura Foley rounded out the win with a well taken goal in the final quarter and esnure the season wouldn’t be decided until the final round of games.

Next Saturday, Insta are in Belfast to take on the Harlequins at 12.45pm while Pembroke host Muckross in Dublin at 2.30pm.

A Pembroke win will see them crowned champions, but should they draw or lose, a victory for the Limerick side would see them earn a maiden league title.