SUFFERING a long-term battle with depression and being told by Gardaí of a credible threat to his life has convinced Limerick City Sinn Féin councillor John Costelloe to step away from politics for good.

Co-opted onto Limerick City Council after Maurice Quinlivan was elected to the Dáil in 2016, Cllr Costelloe had retained the party’s local seat in 2019, which he will officially resign on March 28.

In a candid interview, the separated father-of-four revealed how for years he has suffered with crippling anxiety and depression, leaving him on the brink of suicide last January.

Cllr Costelloe, who was once a member of the IRA, said: “Enough is enough, I gave it my all for the last six years, but I will not be going back into politics.

“The first week of January was the worst, it was black. I wasn’t sleeping, I was getting severe headaches, nosebleeds, anxiety, it was awful,” he added.

Speaking about his own personal battles to highlight the mental health crisis, Cllr Costelloe said he should have sought help sooner, but made matters worse by “ignoring it”.

“I didn’t go to see my GP because I felt embarrassed by it, my mental attitude was very poor and it still is,” said the 57-year-old.

“The walls start speaking to you after a while when you are living on your own; they were caving in on me, and you just come to the end of the line.”

“You would be contemplating doing serious things to yourself. There were days where I was contemplating going for a long walk and not coming back, really bad days.”

The frantic pace of local politics provided some welcome distraction, but he said, in the end, his busy workload left him “burnt out”.

“The rot was setting in about three years ago. I went to a psychological counsellor and I broke down, it was all just piling up upon me, and again I ignored it, and I know now I shouldn’t have.”

Cllr Costelloe has “no regrets” leaving politics and is looking forward to spending more time with loved ones. He plans to reopen a family business premises on Nicholas Street restoring and trading in antique furniture.

However, he believes that more needs to be done to protect politicians’ mental health.

Working closely with people who would often be at their lowest ebb triggered his own feelings of anxiety and depression, “and left an indelible effect on me”, he explained.

“There is no psychological training for local politicians, you are thrown in at the deep end. Some councillors might be used to dealing with wandering heifers, but I was dealing with missing people, housing, drugs, and I am not trained for that – we are councillors not counsellors.”

Cllr Costelloe revealed last October he was facing intimidation from a local drug gang after he highlighted how their activities in St Mary’s Park were destroying the community.

The intimidation, which escalated to a credible threat to his life, is still going on, he said.

He added that he “can’t pass a certain part of the estate as the edginess is still down there, the threat is live”.

He met local Gardaí who advised him their superiors in Dublin had advised that he pull back and allow local Gardaí tackle the ongoing drugs problem.

“I brought it thus far, I can’t bring it any further. There’s no point in being a dead politician, I want to be a live person, it’s up to the authorities to act on it.”

“Yes, you take a live threat seriously, and when you are told to step back you have to step back,” he added.

He said he felt people living in Regeneration areas “have been let down by the whole system”, and despite the threat against him, he felt that “I did my best, I raised the issues. I don’t regret it at all”.

In 1998, Cllr Costelloe received a three-year suspended sentence after admitting before the Special Criminal Court to being a member of the IRA on July 23, 1996.

The court heard that during Garda interviews following his arrest, Costelloe admitted being “a foot soldier” in the republican movement.

Speaking for the first time about his conviction, he said he remains a proud republican, who, after the Good Friday Agreement was approved in 1998, supported a political path to peace.

This was, he said, despite his staunchly republican parents backing an “anti-ceasefire” route to a united Ireland.

“My parents were deeply republican, my mother’s family were burnt out in the 1920s during a loyalist pogrom. My father worked in in the cement factory in 1962, and I remember him selling old republican newspapers to collect money for IRA prisoners in Ireland, England and America.”

Gardaí started to follow, stop and search him in his mid teens, “I remember our house being raided serval times and being stopped constantly”.

The irony of later sitting on the Council’s joint policing committee – alongside a Garda who had years earlier detained him during a raid on his house – was not lost on him.

“It’s funny how the wheel turns, it was a different time then, and to find myself 30 years later, sitting alongside the same guard, was very surreal”.

“My mother was tougher than my father in terms of republicanism, women are tougher I think. She had a big portrait of Countess Markievicz on the landing at home, and it’s in Mary Lou McDonald’s office now,” he offered.

While he said he was “not ousted” from Sinn Féin, he admits to feeling a little out of step with the party, despite its trajectory towards being in government.

“The party is attracting a new generation, more educated, adept at social media, crossing the rubicon from arms struggle to constitutional politics, which is a big step. My father and mother were anti-ceasefire but I was pro-ceasefire, so you can see what kind of divisions happened.”

While the gun may be gone from Irish politics, it remains a key weapon of choice for those involved in a drug trade that Cllr Costelloe has found himself threatened by after speaking up for a concerned community.

He warned: “People out there are vulnerable, we’ve had the pandemic, depression is rife out there, the drugs epidemic, there is a myriad of problems and they are going to continue.”

Despite it all, he remained hopeful of “a new beginning for me…if you feel any way inclined to be in a dark place, stop and think of the consequences – I’m glad I did”. 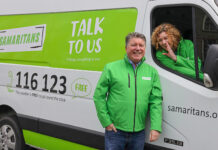 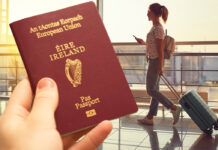 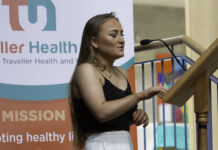