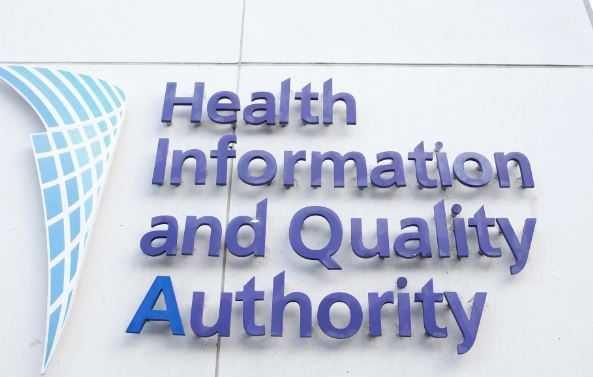 TWO Limerick nursing homes failed to comply with fire safety regulations when they were inspected by officials from the Health Information and Quality Authority (HIQA) last year.

The inspection reports, which were published last  Friday, found significant fire risks at the Riverbrook Nursing and Respite Care Centre in Castleconnell while the report on St Paul’s Nursing Home in Dooradoyle found the centre non-compliant in the areas of fire precaution and suitability of premises.

There were 53 residents in St Paul’s at the time of an unannounced inspection on December 9, 2021 when the inspectors reported that it  was “a good centre with a responsive team of staff delivering safe and appropriate person-centred care and support to residents”.

However, a commitment given to the office of the Chief Inspector on September 23, 2021 to address regulatory non-compliances to ensure safety and comfort of the residents had not been adhered to.

These included the commencement of work to address fire safety and sanitary facilities and a comprehensive fire risk assessment to be forwarded to the Chief Inspector.

On the day of the inspection, the inspectors found that the work had not started and the fire risk assessment hadn’t been carried out. No detail was provided to the inspectors as to when this would happen.

Elements of the design and layout of the building did not meet the individual and collective needs of residents, nor did they meet regulatory requirements.

“The actions required to comply with this regulation, as detailed in the previous compliance plan, had not started and a date for these required actions was not available on the day of the inspection,” the report stated.

The nursing home was found to be non compliant in respect of both the premises and fire precautions.

There were 22 residents in the  Riverbrook Nursing and Respite Care Centre at time of an unannounced inspection on October 26, 2021.

The inspector found that residents were supported and encouraged to have a good quality of life. An ethos of respect for residents was evident and they appeared to be very well cared for.

However, two previous inspections on August 5,  2020 and February 19, 2021 raised concerns about fire precautions.

At the time of inspection, works were well advanced but it was apparent there were still outstanding fire safety risks to be addressed. As a result, the service provider was in breach of the restrictive condition placed on the centre after the previous inspections.

Deficiencies were noted in the maintenance and fire performance of fire doors and in measures for containment of fire.

The in-house fire safety checks were not adequate. A compartment double set of doors had a laundry trolley left up against the doors which would not be able to close in the event of the fire alarm activating.

“A gate at the end of an external escape route from the dining room through the courtyard was locked with a padlock. Staff were using the area in front of the gate as a smoking and outdoor seating area.

“The external escape routes to the side of the nursing home was partially obstructed by a rubbish bin and a car parking space still remained at the end of the escape route with the potential to block an escape. This could lead to a delay in an emergency or in a fire situation.

Adequate arrangements had not been made for detecting fires.

As a result the Centre was found to be non-compliant in the area of fire precautions. 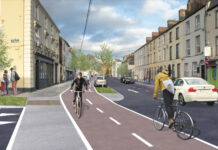