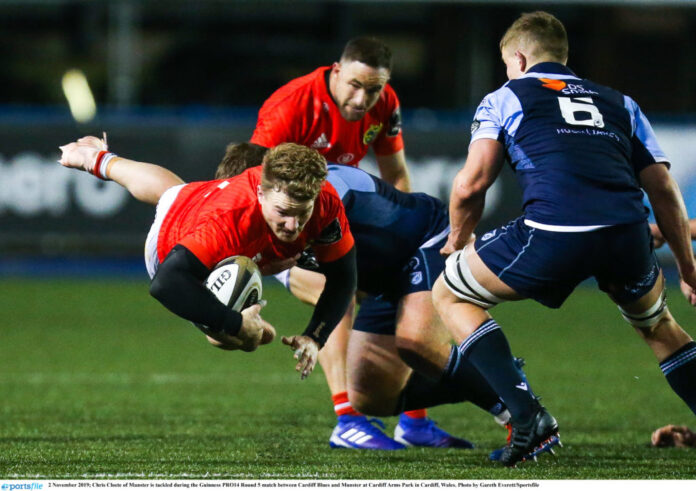 CLOETE joins a growing list of players that will leave the province at the end of the season.

Munster Rugby have today confirmed that flanker Chris Cloete will leave the province after five years in Ireland.

He joins a number of departing players including Damian De Allende who confirmed his departure yesterday.

Cloete will join English side Bath alongside outgoing Head Coach Johann van Graan for next season.

The South African joined Munster in 2017 and has made 62 appearances for the province, scoring eleven tries.

He extended his initial contract in 2018 which runs out this June.

Speaking on is move tot he Premiership, Cloete said,

“To play in the Premiership has always been a clear ambition, and I look forward to making a significant contribution as Bath move towards the top of the league.

“It is a fantastic club with great history, and the supporters deserve nothing less than a winning team.”