Home Lifestyle Arts Making A Mark coming to the Belltable 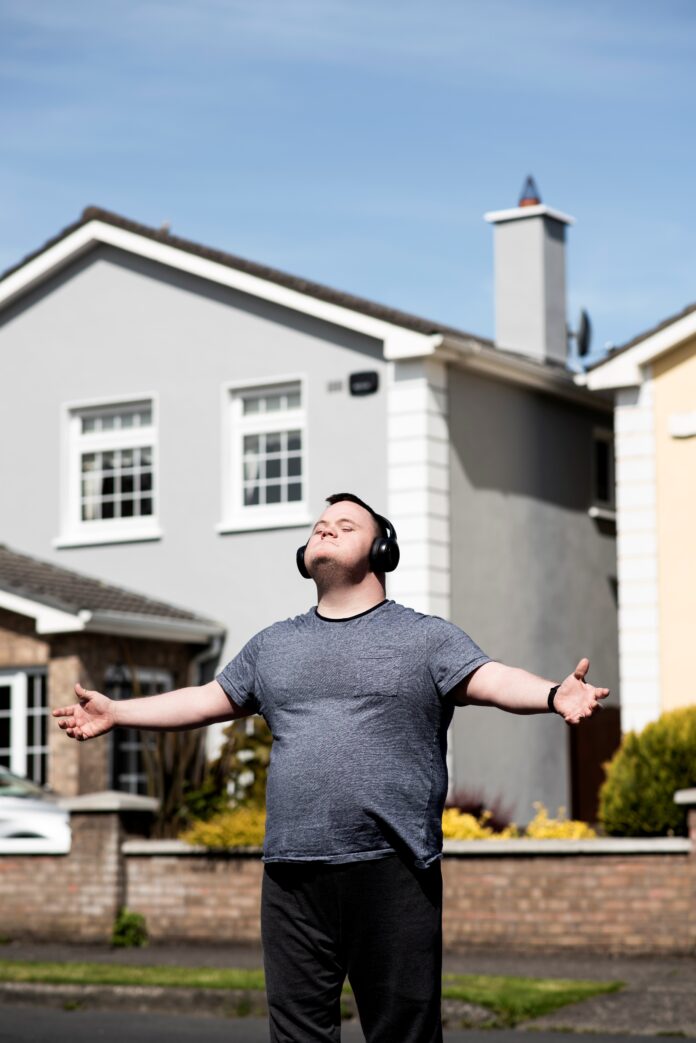 MAKING A Mark is a documentary style, autobiographical piece that places the voice and lived experience of an artist with an intellectual disability front and centre stage.

Following a sell-out premiere production at the Dublin Fringe Festival 2019, Making A Mark comes to Belltable as part of a National Tour this April.

Making A Mark is a documentary style, autobiographical piece that places the voice and lived experience of an artist with an intellectual disability front and centre stage.

Mark Smith, a 40-year-old performer with Down Syndrome, first began to develop the piece across a 6 month residency at Axis Ballymun in 2018. Here, he worked alongside leading documentary artist Shaun Dunne and long-time collaborator Aisling Byrne.

The production was further developed with the support of the Abbey Theatre’s 5 x 5 programme and premiered with support from Project Arts Centre in 2019 to a sold-out run and several award nominations including Best Performer and Best Production at that year’s Dublin Fringe Festival.

Mark comes from a community that has placed him on a pedestal – somewhat blind to the battles he also faces behind closed doors. Having achieved at a high level all his life (Special Olympics ‘99), Mark was always told that he was “special”, and due to this constant reiteration, he has often felt obliged to keep the darker, more troubled aspects of his experience a secret from those around him who would prefer to focus on his far-reaching achievements.

Making a Mark aspires to articulate Mark’s incredible journey to date alongside the more complicated facets of his lived experience. Mark has competed in the World Games, played King Lear before packed houses and packed bags for 20 years in Tesco… But that’s not even half the story.

Part live interview, part self-led confessional, this is Mark’s life and he’s ready to take a seat at the table. Ambition, disruption, grief and frustration. He hopes this show will be the making of him.

Making A Mark comes to the Belltable Sat 9th April