A NEW book which details the lives and achievements of 100 of Limerick’s most notable women started life as a tour plan for people to visit places in Limerick where a handful of them lived.

But when Covid hit and author, Sharon Slater expanded her research, she discovered there were far more women who had made significant contributions.

The tour became the book ‘100 Women of Limerick’ written by Sharon, who holds a Masters in Local History from the University of Limerick.

Published by Ormston House, where Sharon is Historian in Residence, the book features many women whose names have been barely spoken since they left Limerick.

“There are also women whose names are well known but people don’t realise they are from Limerick,” she told the Limerick Post.

The original ‘Women of Limerick’ app is still available free on Android and Apple, and can be downloaded to act as a guide on a walking tour of places they lived.

Even researching the book, Sharon says she “couldn’t include all the amazing women in it. There’s definitely more to be written. I feel that each of the 100 women could be a book in themselves, so I hope someone else will take up the research and carry it on”.

Asked which of the women she has studied is her favourite, Sharon says “they’re all fantastic. It’s like having children – you can’t have just one favourite.”

A slice of the money from sales of the book is going to Adapt House to support women affected by domestic violence. Sharon says it is “important that the women of the past are still helping change the lives of women in the present”.

Whether she herself will become one of the future famous women of Limerick, Sharon says she hopes not too soon. “The criteria for inclusion is that the women came from Limerick city or county or spent a considerable period here, that they made an impact and that they have passed away.”

The book is available from all Limerick bookstores, from Ormond House and online. 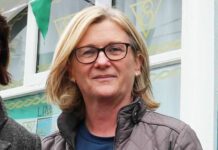 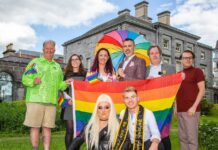 Limerick LGBTQ Festival will celebrate a Culture of Pride 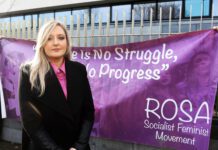