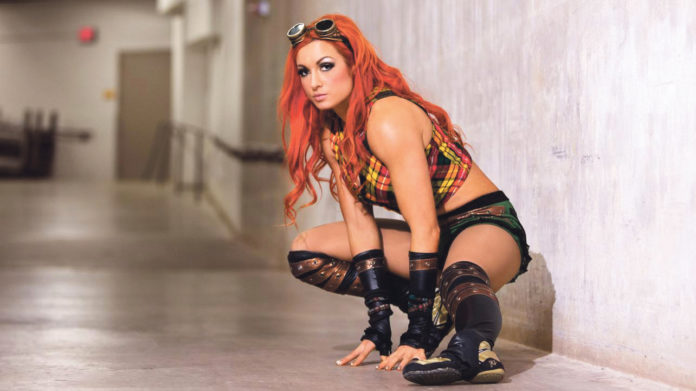 Five months after joining the school, Rebecca made her professional wrestling debut in November, using the ring name, Knox. She competed in mixed tag team matches with her brother Richy, who wrestles under the name Gonzo de Mondo.

During the early stages of her career, she moved to Canada and joined SuperGirls Wrestling. She wrestled at many events around the world during this time, winning an eighteen-person battle royal in Tokyo, and also won the World Queens of Chaos Championship.

Rebecca took a seven year break from wrestling following a head injury while wrestling in Germany.

She returned to wrestling in 2013 and signed a two year deal with WWE. She changed her ring name to Becky Lynch, which she still uses to this day. In 2015, she made her official main roster debut and grew in popularity.

In 2018, she was named wrestler of the year by Sports Illustrated and CBS Sports.

In April 2019, Lynch was crowned a WWE double champion at Wrestlemania 35. She defeated Rhonda Rousey and Charlotte Flair in a triple threat match in New Jersey at the Met-Life Stadium, to claim the WWE Raw Women’s Championship and WWE Smackdown Women’s Championship belts.

On Saturday night, she competed at Wrestlemania 38. Unfortunately, she lost her Raw Women’s Championship to Bianca Belair, but the Limerick born WWE Superstar promises a comeback.

She came with an army. I came alone.

And I’ll come back even stronger. pic.twitter.com/HFS0MNMVhW

Lynch is married to WWE wrestler Seth Rollins. They married in June 2021 and had their first child, a daughter, who they named Roux, on 4 December 2020.