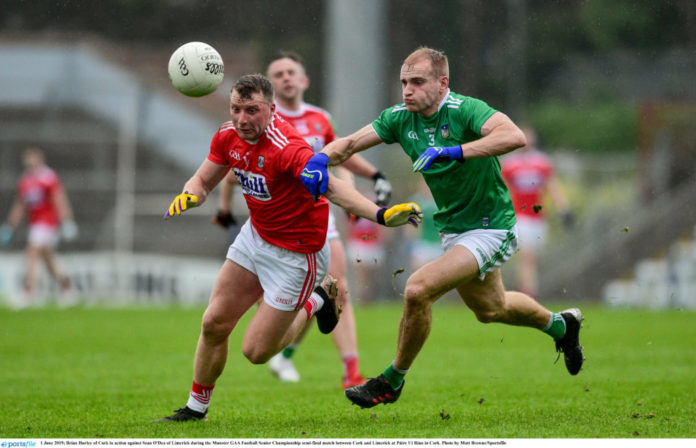 THE Kilteely Dromkeen man is the fourth Limerick man to make the team over the course of the eight games.

O’Dea was given the unenviable task of keeping tabs on League top scorer and Louth dangerman Sam Mulroy who he kept to one point from play in the game.

O’Dea was also a willing support runner in attack as Limerick built from the back with a strong running style.

Ultimately it was a disappointing day for O’Dea and co as they fell to a 1-14 to 0-12 defeat with promotion already secured.

He is joined on the team by four from Kerry, who were crowned Division One champions on Sunday with Jason Foley, Gavin White, Paul Geaney and David Clifford on the team.

Louth have three on the XV in Niall Sharkey, Tommy Durnin and Ciaran Byrne.

The post Sean O’Dea named on GAA.ie Team of the Week after League Final display appeared first on Sporting Limerick.