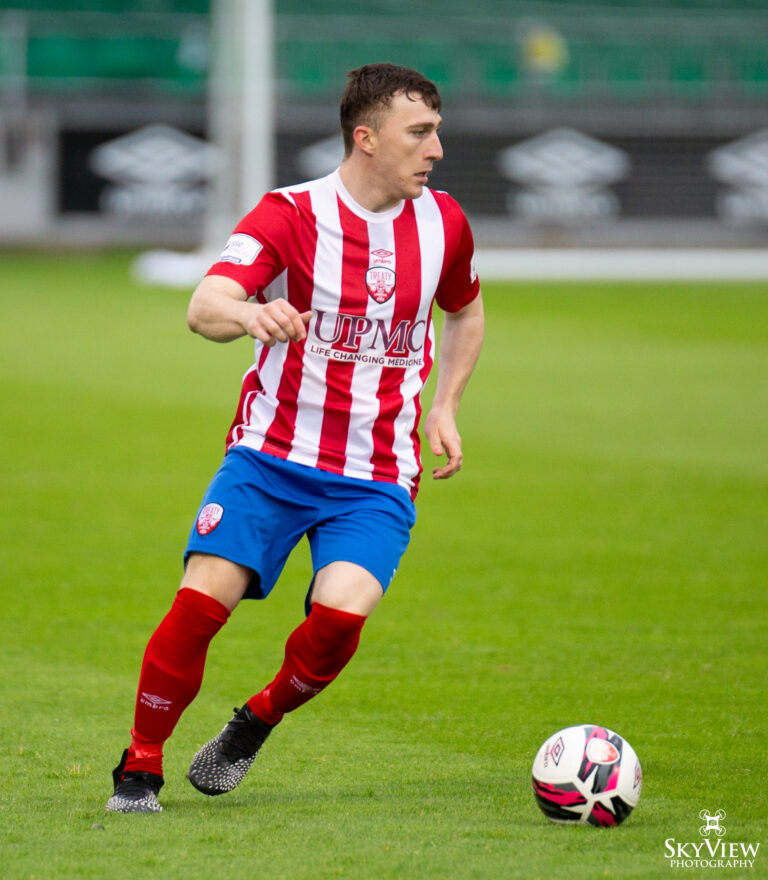 TREATY United will be looking to win back-to-back games for the first time this season when they entertain Athlone Town at the Markets Field on Monday night (7.45).

The game was re-fixed following the postponement of the fixture on the second week of the season which was due to be Treaty’s first home game. Tommy Barrett’s side do not have a game tomorrow night as it is their break week due to the odd number of teams in the Airtricity League First Division.

Last weekend, the Limerick side produced a much-improved display as they defeated Waterford FC 2-1 at the Garryowen venue. It was a brilliant victory against one of the division’s promotion favourites and was a vintage Treaty display in terms of work-rate and discipline. Matt Keane scored his first goal of the season and Enda Curran scored his fourth goal in four games upon his return from injury. It was the team’s second win of the season.

Barrett decided to change his formation to a 4-4-2 with Curran partnered by Kieran Hanlon up front and with more attackers in the box, it appeared to work well on Friday night. The manager stated that the idea was considered earlier in the season but both players fitness issues prevented it from happening sooner. Joe Collins also made his first start of the season and is likely to retain his place for the Athlone tie. Joel Coustrain, Willie Armshaw and Dean George are huge assets off the bench for Treaty with their pace.

As expected, Athlone have endured an exceptionally tough start to the season and will be led by former Limerick FC manager Martin Russell who returns to the Markets Field. Russell had a mixed time on shannonside, suffering relegation in 2015 before leading the former senior side to the first division title in 2016 before eventually departing in 2017.

Russell had a tough pre-season in the Midlands and relied on recruiting many ex-League of Ireland underage players but also re-signed Michael Schlingermann, Shane Barnes, Glen McAuley and Derek Daly. New signing Carlton Ubaezuonu has started his Athlone career brightly having signed from Galway and will need to be monitored closely by the home defence next week.

Treaty still have a number of injury concerns ahead of the game with Jack Lynch still sidelined. Lee Devitt missed last week’s game with a virus, but Barrett feels that none of the recent injuries are long-term outside of Denzil Fernandes and Lynch. “No, I don’t think any of them are long term outside of Denzil Fernandes and Jack, but Jack is getting closer. Conor Melody and Colin Conroy had concussion and were still lightheaded during the week, so we must be careful with that. Sean Guerins is a minor quad injury, and we are hoping he will be back for Athlone. Lee Devitt has a virus and should be back.”

The clubs met on three occasions last season with Treaty United coming out on top on two occasions. In the first meeting between the sides, a solitary Jack Lynch goal was enough to seal the win at the Markets Field while Treaty produced one of their best displays of the season to defeat the Town 1-4 at Lissywoolen in July. The last meeting was a 1-1 draw in Limerick in October. However, the Athlone squad is a much changed outfit since last season’s meetings.