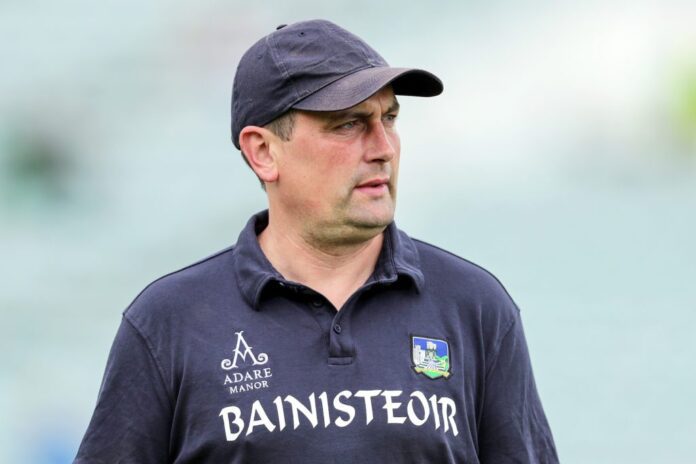 LIMERICK u20’s Manager Diarmuid Mullins is looking forward to his sides clash with Clare, but is expecting a tough clash from the opposition.

Limerick U20’s take on Clare in the Munster U20’s Championship this Wednesday evening in the first round of the championship. Mullin’s side start off their campaign against a strong Clare side with the sides meeting in the minor final three years ago.

Cork await in round two in Pairc Ui Chaoimh on April 20 for Mullins side with the top two advancing to the provincial semi-finals.

This game is set showcase some brilliant young talent with a number of All-Ireland winners on show from the Limerick senior side, the UL Freshers and Ardscoil Rís on either team.

After reaching the final in 2021, the excitement levels are now building to boiling point as Mullins and his side look to take the field for the first time this season on Wednesday.

“We have been preparing since before Christmas, as we had the squad together. Some weeks of strength and conditioning work had to be done. They still had some club activity to complete also, so it’s really since January all the preparation work has been towards tomorrow night, so we are looking forward to it.

Its great to be at championship time, I suppose there is only so many weeks and months you can put in, in terms of preparation and hopefully we will find out tomorrow night if we are prepared for what lies ahead”

With the new season also comes a new format for the championship. With games being played in quick succession, being prepared for both sides is paramount, acknowledging the quality of the opposition is also an important part of Limerick’s preparation as Mullins praised the strength of the Clare team.

“Clare is a really good side, if you think back to minor level there was very little between the two sides and you know they have a lot of players who have exposure at the senior level. Cian Galvin won a Fitzgibbon medal with UL and has been regular Brian Lohan’s team even last year and this year.

“Obviously, Shane Meehan is an outstanding forward that has really excelled with Clare in the league, Patrick Crotty has played at senior level as well, so they have an awful lot of talent. If you throw into that Tulla winning the Harty cup and then St Flannens who would have won pre-covid. they didn’t get there opportunity but they looked liked the team that was going to go all the way that year, so there is no shortage of talent in Clare.”

Watch the interview in full with Mullins below.

Limerick take on Clare in the Munster U20 Hurling Championship first round tonight, Wednesday April 6 in the TUS Gaelic Grounds at 7pm.