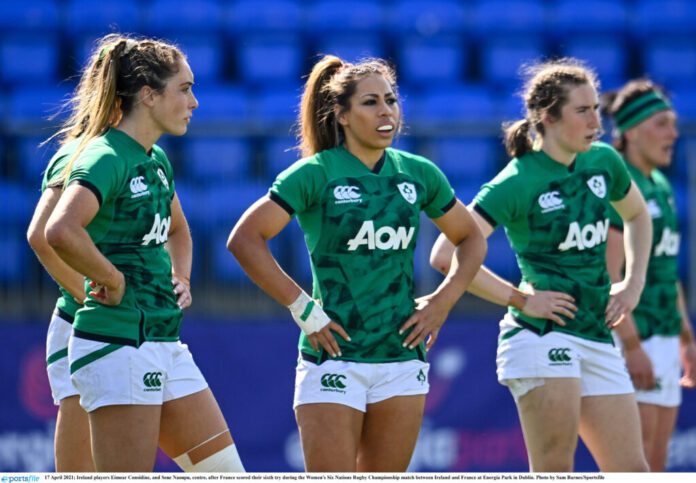 Kick off for the clash between Ireland and Italy is 5pm on Sunday with the game live on RTE2 and BBC iPlayer.

There are six Munster players in the squad with Dorothy Wall, Amee-Leigh Murphy Crowe and Nicole Cronin named from the start. Chloe Pearse, Enya Breen and Aoife Doyle are among the replacements.

McWilliams has made four alterations to his starting XV from last weekend’s defeat in France, with Beibhinn Parsons, Kathryn Dane, Christy Haney and Hannah O’Connor all promoted to starting positions, while 19-year-old back row Aoife Wafer is in line for her Ireland debut off the bench.

With Parsons named to start on the left wing, Lucy Mulhall switches to full-back and Murphy Crowe continues on the right wing. Eve Higgins and Stacey Flood are retained in midfield, with Dane coming into at scrum-half to partner Cronin in the half-backs.

Having made her debut off the bench last week, Haney is rewarded for an impactful performance with a first start in the front row alongside Linda Djougang and Neve Jones. Captain Nichola Fryday and Sam Monaghan continue their second row partnership, with O’Connor drafted in at number eight. Wall is named to start at blindside and Edel McMahon at openside.

A product of Enniscorthy RFC, Wafer is named among the replacements having impressed as captain of Leinster U18s last season and during the Energia All-Ireland League campaign with Blackrock College. The teenager also travelled to Dubai with the Ireland Women’s Development Sevens squad last December, catching the eye of McWilliams during that trip.

Sunday’s match is live on RTÉ2 and the BBC iPlayer, while tickets are available to purchase here.