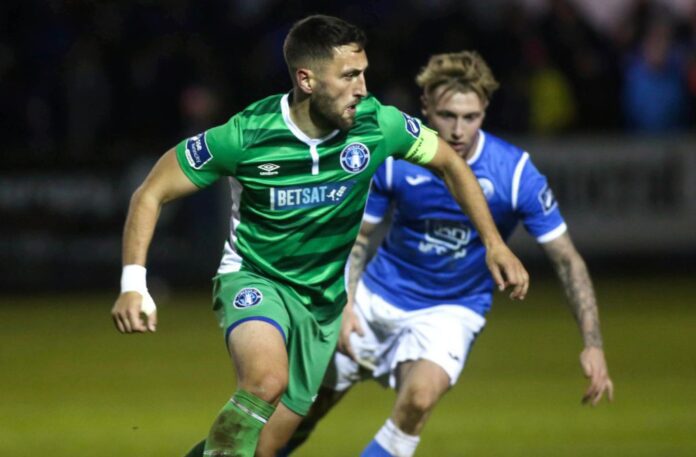 FAIRVIEW Rangers are now one point clear at the top of the Limerick District League Premier Division following a narrow 0-1 win over rivals Pike Rovers at Crosagalla on Sunday.

A wonder strike from Shane Duggan in the second half handed Jason Purcell’s side the win in a tight contest.

It was scrappy in the early stages as you would expect due to what was at stake for both sides and Duggan’s early sighter from distance travelled over the crossbar. Pike created the first clear cut chance when Conor Layng drove to the byline before crossing for Colm Walsh O’Loughlen who was denied by a good save from Aaron Savage.

Conor Coughlan looked lively in the opening stages and he beat Evan Patterson in a one on one but blazed over when he looked certain to hit the target. As half-time approached, James Fitzgerald thought he had given Fairview the lead as he controlled a cross from AJ O’Connor and volleyed goalwards only for Gary Neville to turn the ball over the crossbar with an acrobatic save.

The second half was a more open affair with both sides looking for a big victory and Steven McGann’s ferocious effort from all of 25 yards rattled the crossbar to the relief of Fairview. Walsh-O’Loughlen was played though on goal but Savage was equal to his effort.

Just as the game looked to petering out and heading for a draw, Jeffrey Judge gained possession and fed Shane Duggan who carried goalwards before unleashing a superb shot into the top corner of the net which was all the more impressive as it took a huge bobble before the midfielder struck. The Fairview sideline erupted as they went outright top of the league and three points clear of Pike.

Ballynanty Rovers kept pace with Fairview and moved into second place when they defeated Regional United 3-0 thanks to a brace from Connor Ellis and another from Eddie Byrnes. Kilmallock and Coonagh played out a 0-0 draw in blustery conditions while Janesboro defeated Geraldines 0-5 at the Garryowen Green. Aisling Annacotty advanced to the semi-final of the Lawson Cup following a 2-0 win over Nenagh with goals from Adam Foley and Shane Clarke.