Home Rugby Munster HIGHLIGHTS | Munster with work to do as Exeter hold on Sandy... 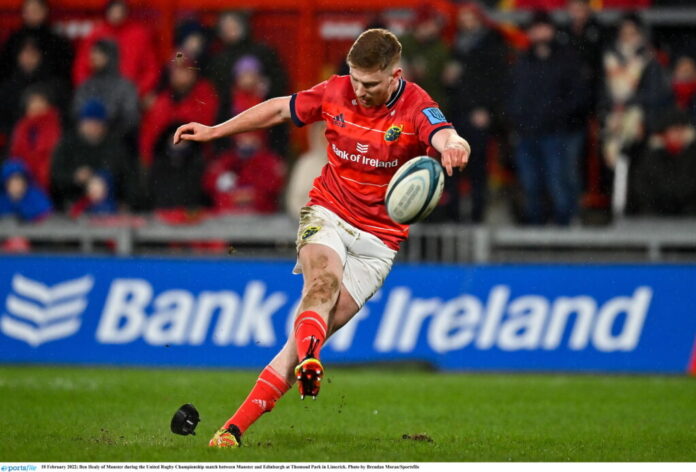 MUNSTER will host the second leg of the clash this Saturday in Thomond Park.

Exeter Chiefs will take a five point lead to Thomond Park this weekend after beating Munster 13-8 in their Champions Cup Round of 16 first leg over the weekend.

Stuart Hogg gave the hosts a dream start as he dotted down inside five minutes, finishing an electric move for the English side.

Jack O’Sullivan was sent to the bin five minutes before the half and Exeter took advantage as Jacques Vermeulen powered over the line to leave it 10-0 in their favour.

Munster finally got off the mark on 56 minutes as Ben Healy kicked over a penalty after Conor Murray was fouled.

Within minutes, Exeter were down to 13 with two in the bin but they had the next score as Stuart Hogg drove over a long range drop goal after Healy’s drop out from the Munster line.

But Munster took advantage of their numerical supremacy as Shane Daly grabbed his first Champions Cup try to leave it 13-8 at full time.

Check out the highlights in full below.

The post HIGHLIGHTS | Munster with work to do as Exeter hold on Sandy Park first leg appeared first on Sporting Limerick. 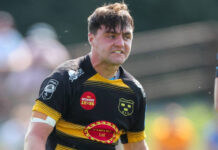