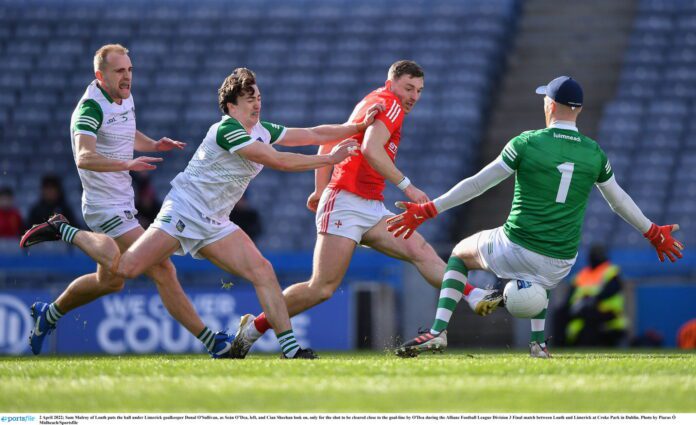 AFTER a strong display against Waterford, the Limerick U20s advance to the semi final of the Munster football championship.

Limerick defeated the Waterford U20s with a dominant performance that booked their place into the semi-final of the Munster football championship. The game ended with the score reading 2-9 to 1-6 in favour of the Shannonsiders.

Limerick looked to be comfortably in front all game as Seamie O’Donnell’s side never looked like slowing down throughout the game.

A late consolation goal helped soften the blow for a Waterford side that were knocked out of the tournament.

Limerick stamped on any hopes of a Waterford comeback as Darragh Murray put the game to bed with their second goal, firing to the net after an Emmett Rigter pass.

That came with twenty minutes to play as the game stagnated with three more scores including a late goal from the hosts.

Limerick be playing at home for their Munster semi final next Monday.

Watch the full highlights of the game below!