An application has been lodged with An Bord Pleanála in a bid to reverse its rejection of Revington’s original plans in May 2020. The company are now seeking approval of its plans to build 363 build-to-rent apartments, 18 houses and 61 student apartments containing 189-bed spaces as a strategic housing development.

The plans also provide for three retail units, a café, a creche and three-storey community facilities building as well as the demolition of an existing warehouse on a site bounded by City Canal, Pa Healy Road and Park Road.

In May 2020, the board refused planning permission for the development on the basis of deficiencies in its Natural Impact Statement, particularly the lack of information about its potential impact on otters and watercourses in the Lower River Shannon Special Area of Conservation.

Other concerns related to the inadequate information about the impact of the proposed development on the River Shannon and River Fergus Estuaries Special Protection Area and on the Park Canal and nearby wetlands.

However the development firm said it was providing updated environmental reports in order to address the board’s previous reason for refusal. The company said it would implement various mitigation measures to minimise the potential disturbance to otters during the construction phase and to avoid the potential discharge of pollutants into the canal.

The company said the development would provide accommodation for almost 1,000 people and would help Limerick to remain competitive in attracting large-scale foreign direct investment to the city. 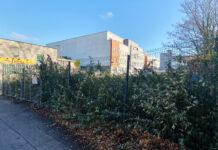 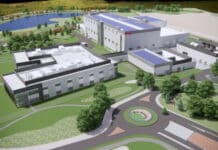