AN 84 year-old man who has now fled the besieged Ukrainian city of Mariupol stayed there for 20 days dodging bombs and bullets to rescue a cat.

Both himself and the cat are now being cared for in Limerick, along with another 30 Ukrainian refugees.

“They’re shell shocked, they’re heartbroken and they’re terrified for the people they have had to leave behind,” Linda Ledger,  of St Munchin’s Community Centre told the Limerick Post this week.

The refugees are being accommodated in the old school near the centre and more are arriving.

With them they have brought pet cats, dogs and even a parakeet.

Every news report coming from the Ukraine and the refugee camps shows people carrying their animal friends and, Linda says that those pets are very important to the families.

“We get phone calls every day from people staying in hotels and other centres who want to come here, not because our facilities are fantastic – they’re very basic – but because we can have animals here.”

There was heartbreak last week for one little boy who carried his beloved guinea pig with him out of the war zone only to see it die after arriving in Limerick.

Fr Seamus Enright and his Redemptorist colleagues organised a funeral, complete with flowers for the little creature.

“The little boy was so heartbroken and crying so much we thought, with the language barrier, that his father had been killed,” said Linda.

“When we found out what had happened, Fr Seamus organised everything with such dignity. He pointed out that those tears were not just about the dead pet.”

The Thomond veterinarian practice has come on board and is looking after all the furry and feathered arrivals but the needs of the people who brought them also have to be met.

Linda and the team have converted some of the classrooms to dormitories and are in the process or erecting two new modular units which still have to be paid for.

“These new units will give them somewhere to cook for themselves and somewhere to sit. At the moment they are on camp beds and sharing rooms.

“At least here they can go outdoors. It will also provide somewhere for them to have English classes. They are so anxious to learn,” said Linda.

The challenge now is to raise money to pay for the new units and €39,000 is needed for this alone.

And the parakeet needs a bigger cage if anyone has one to donate.

Linda is concerned that people understand that any money donated is going straight to the support of the refugees who have fled the war zone and are being accommodated in the Limerick centre.

“We have a Go Fund Me page that we use for all fundraisers and we are using it again for this because these people need to be looked after right now and that was the fastest way to get set up.

Anyone who would like to support the Limerick centre can go to the St Munchins Community Centre website or Facebook page where there is  link for the Go Fund Me page. 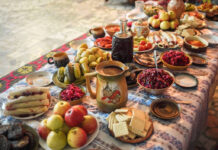 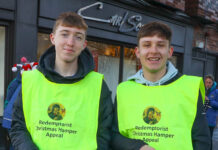 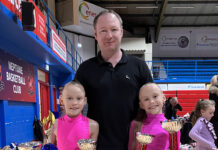 Ukrainian girls dance their troubles away in Limerick 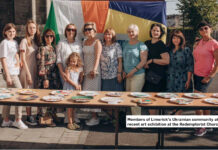