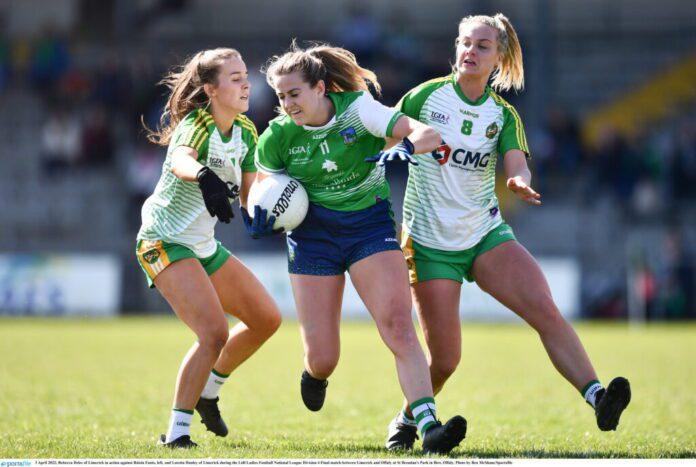 LIMERICK fell at the final hurdle in Division Four of the NFL earlier this month.

Limerick have had four players chosen on the Lidl Ladies NFL Team of the League for 2022 it has been confirmed today.

Graham Shine’s side reached the final with four successive wins but fell in the decider to Offaly in Birr earlier this month.

Sophie Hennessy, Roisin Ambrose, Cathy Mee and Iris Kenneally are selected on the team after helping Limerick to the final.

Hennessy, Ambrose and Kennelly all ply their trade with Old Mill while Cathy Mee was a key part of the Ballylanders side who defeated the West side in last years Limerick’s LGFA SFC semi-final.

Division Four winners Offaly dominate the team with six chosen while there is three from Fermanagh and a pair from Leitrim.

The players will receive their awards at Croke Park on Friday evening, May 6.