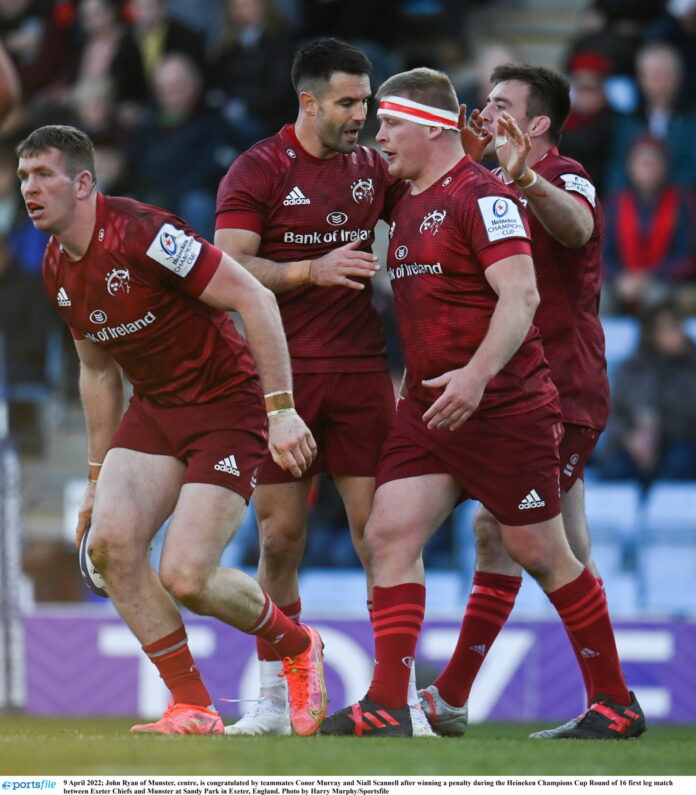 MUNSTER secured a first win in Belfast since 2016 after an extremely hard-fought battle at the Kingspan Stadium on Friday night.

Munster vs Ulster at the Kingspan was bound to be a great game as we see two great Irish sides clash once more. There was great Rugby played from both sides as tries flew in coupled with a great kicking game from Munster

Munster Rugby Academy graduate Alex Kendellen was Player of the Match after another outstanding display from the 21-year-old.

A John Cooney penalty on seven minutes gave Ulster the lead after a Munster high tackle with the hosts earning the field position after winning an early scrum penalty.

The Munster response however was perfect. Carbery stretched the Ulster defence with a long pass out to Shane Daly before a high tackle on the fly half allowed the out-half kick Munster level.

Ulster eventually conceded a penalty and Munster went to the corner. Although the lineout didn’t go to plan, O’Donoghue was quick off the mark to grab possession and get Munster to within five metres of the Ulster line. The forwards did the rest with Archer crossing from close range try with Carbery’s conversion making it 10-3.

Earls was in for Munster’s second try on 27 minutes. De Allende spread the ball wide to Carbery, Farrell picked a great line to burst through and gave it wide for Earls to finish.

Carbery was unable to add the touchline conversion but Munster led 15-3 after 28 minutes.

The post Highlights| Munster Earn a Huge Win against Ulster in The URC appeared first on Sporting Limerick.