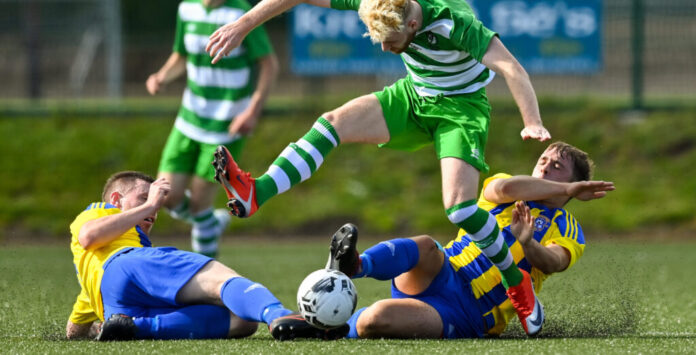 FOLLOWING on from Pike Rovers achievement in reaching the FAI Junior Cup Final last weekend, Fairview Rangers will be looking to ensure that there will be a Limerick representative in both major competitions as they entertain Killarney Celtic in the semi-final of the Munster Junior Cup at Jackman Park on Saturday evening (5pm).

Pike were 1-2 victors over Oliver Bond Celtic at Richmond Park last weekend with goals from Evan Patterson and Eoin Hanrahan sending the Hoops into the final in front of a huge travelling support. The venue and time for the final against Waterford outfit Villa FC will be announced in due course.

Pike will return to league action tonight as they host Regional United at Crosagalla (6.30) Robbie Williams side will be acutely aware that nothing other than a victory will suffice as they are now 6 points behind Fairview in the race for the league title.

Turning our attention back to the Munster Junior Cup clash, it will certainly be a tight encounter with the last time these two sides met being in the FAI Junior Cup quarter-final in 2020.

The game was decided on penalties following a 0-0 draw. Jason Purcell’s team have prepared well for the clash with big victories over Pike, Carrigaline and most recently Aisling Annacotty last weekend. Jeffrey Judge and Conor Coughlan were on the scoresheet in that game.

Purcell was handed a huge boost for the run in with the news that Daragh Rainsford has re-signed for the club upon his return to Ireland. Raisnford has plenty of League of Ireland experience with both Limerick FC and Cork City and will be a big asset.

Purcell had been tinkering with several options in the attacking area in recent weeks with AJ Moloney, Eoin Duff and David Hannon all being given opportunities. Since the departure of Ross Mann, the position has been up for grabs. The return of Steven Bradley to fitness is also timely.

On Sunday morning, Regional and Nenagh will face off at Dooradoyle in the battle for 5th place in the league. Nenagh all but ended Ballynanty’s hopes of league honours with a 1-1 draw last weekend.

Pike will be back in action once again in the Lawson Cup semi-final when they play Premier A side Charleville. The Hoops will be expected to advance. Charleville are set to be promoted to the Premier Division for next season as they are currently second in Premier A.