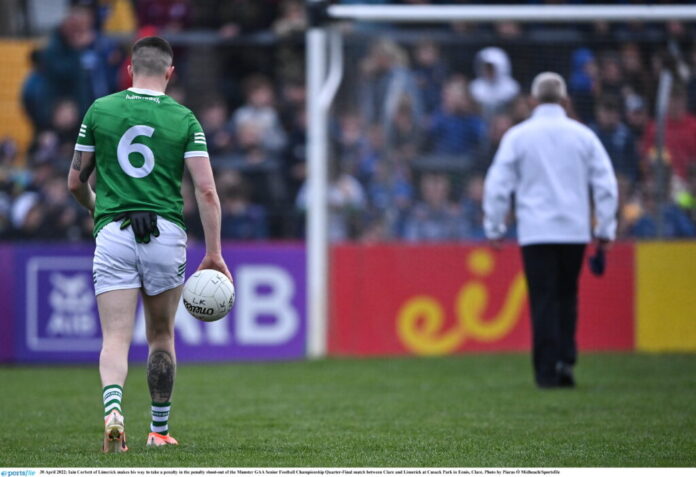 DEFEAT was Limerick’s lot in Mallow as their season came to an end.

Tipperary will move from phase one and into the Munster minor football semi-final after defeating Limerick 1-14 to 1-4 in Mallow this evening.

They will now face either Kerry or Cork in the last four as they take on the loser of that game next week.

Tipperary led 0-5 to 0-2 at the break before a third quarter burst turned the game in their favour.

In a slow moving first half, Tommy O’Connor kicked the opening score of the game for Tipp.

Bobby Smith equalised for Limerick after five minutes but that was to be the final time the sides were level.

Four unanswered from the Premier county before Tommy Ryan hit back with a brilliant finish after a strong run through the middle.

And with time running out in the opening half, Limerick were awarded a penalty and a chance to level.

That kept the gap at three at the break.

Conall Grogan kicked a free to start the second half before Aidan O’Shea thundered Limerick back into the contest with a goal, his move into full forward proving dividends as he made it a one point game.

But Tipp’s was response was emphatic and by the time Limerick scored next, the men in blue and gold had plundered 1-5 without reply.

Limerick pushed hard for goal but the Tipp rearguard proved strong as they held out for a deserved win and a place in the Munster semi-final.

For Limerick it brings to an end that yielded wins over Clare and Waterford but two defeats to the premier county.

The post Report | Tipp too strong as Limerick bow out of Munster Minor Football Championship appeared first on Sporting Limerick.