THE housing crisis is hitting migrants harder than other sections of the community, leaving them with what is described as a “dire housing situation,” living in “mouldy one-room apartments,” according to a Limerick support organisation.

John Lannon, who is chief executive of Limerick-based refugee and migrant support organisation Doras, has said a new report highlights the situation faced by people from migrant backgrounds.

The report from the Economic and Social Research Institute (ERSI) highlights 2016 census data showing that migrants face a much higher risk of overcrowding and homelessness.

“We see many migrants that live in overcrowded and poor accommodation or find themselves at greater risk of homelessness as a result of eviction, limited support, and lack of knowledge of their rights,” Mr Lannon explained.

“We have seen discrimination against people availing of the Housing Assistance Payment (HAP), and further discrimination on the basis of the identity, or often just the name, of the individual trying to rent a property. This makes it even more difficult for migrants to secure tenancies”

Mr Lannon says the findings of the report back up what he and his colleagues are witnessing at Doras on a daily basis.

“There is no doubt that housing is an important element of successful integration. There are families in Limerick who arrived through family reunification processes that are living in mouldy, single-room apartments, or shared accommodation.

“Many aren’t aware of their rights and end up being exploited. Often they feel they don’t have an option but to tolerate sub-standard and sometimes unsafe living conditions, or being forced out of where they are living. As a case in point, many of the people facing eviction from the Shannon Arms apartments on Henry Street in Limerick right now are migrants.”

ESRI figures show that over half (56 per cent) of all migrants were living in private rented housing in 2016, compared to 13 per cent of Irish-born people.

Overcrowding rates were particularly high among some non-EEA migrants, including migrants from the Middle East and North Africa. 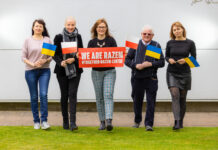 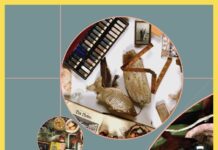 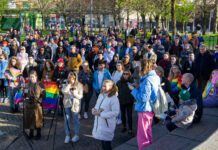 Limerick LGBTQIA+ community not going back in the closet 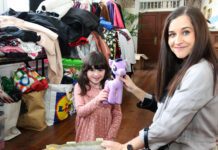