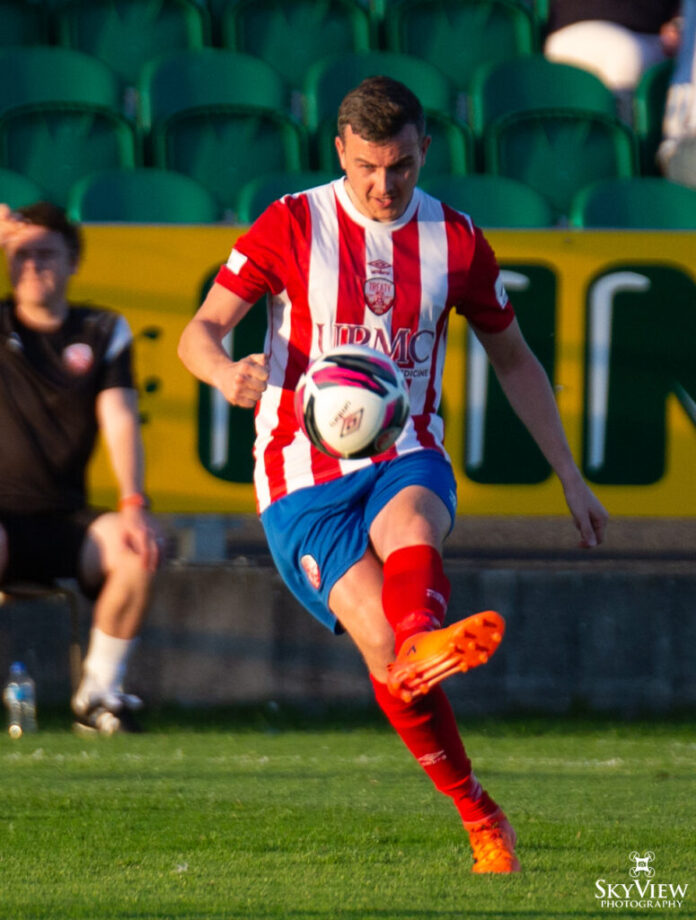 CORK City advanced to the Munster Senior Cup Final following a 0-3 victory over Treaty United at the Markets Field on Monday night.

Kieran Coates, James Doona and Franco Umeh accounted for the Leesiders goals and it was their second consecutive 3 goal victory over the Limerick side in 7 days.

Treaty manager Tommy Barrett made several changes to the starting 11 with youth players Scott Kirkland and Lee Mulready lining out at right and left full-back respectively. Conor Winn, Colin Conroy, Jack Arra and Willie Armshaw all made their first starts of the season.

Dean George partnered Arra up front while Jack Lynch partnered Conroy in midfield. Marc Ludden was moved to the centre of defence next to Sean Guerins in a 4-4-2 formation.

Treaty had the opening chance of the game when Conroy received possession from Conor Melody on the edge of the area but he blazed a shot handsomely over the crossbar. The visitors were dominating possession from that point on with both Doona and Matt Srbely at the centre of all of Cork’s play.

The opening goal arrived on 12 minutes when Uniss Kargbo drove forward from right-back and crossed to the back post for Kieran Coates who headed into the far corner of the net although Conor Winn may feel he could have reacted quicker.

Just 12 minutes later, Colin Healy’s side were given the chance to extend their lead when Scott Kirkland fouled Doona in the penalty area although many in the stand felt the incident occurred outside the box.

Doona confidently dispatched the penalty. Cork created the last chance of the first half as Daragh Crowley drove to the byline before flashing the ball across the six-yard area but Mark O’Mahony could not connect.

Barrett made a substitution at half time with Jack Arra being replaced by Lee Devitt and Treaty did improve drastically in the second period. Cork failed to clear a Ludden cross and Lynch scooped a shot over the bar from a dangerous area. On the hour mark, we got the first real glimpse of Armshaw’s threat when he skipped inside his marker and forced a save from Corcoran.

Five minutes later, Armshaw was in the thick of the action once more as he ran in field before playing a perfectly waited pass to Dean George who was denied on two attempts by Corcoran. It seemed like Treaty were destined to be the next team to score but an uncharacteristic mistake from Ludden allowed substitute Franco Umeh to close the centre-back down and slot the ball beyond Conor Winn.

Tenacious battling from Armshaw led to the winger setting up substitute Matt Keane but his shot was blocked. The Tipperary man won a penalty for his side with virtually the last attack of the game but Ludden’s penalty was saved by Corcoran as Treaty exited the provincial competition at the semi-final stage.

On the positive side, the senior debuts of Kirkland, Doherty, Kozlowski and Mulready was pleasing although the sight of physio Barry Heffernan and assistant manager Dave Rooney aiding Armshaw of the pitch following the penalty incident will worry Treaty fans.

The Limerick side will now have to bounce back quickly as they face back to back home games with Bray Wanderers and Longford Town on Friday and Monday respectively.