A MEMBER of the senior Limerick hurling squad was arrested after an incident in a city centre pub in which a Tipperary hurler was allegedly assaulted.

Gardaí were called to the scene after a report of an assault in a well-known pub in Denmark Street just hours after Limerick defeated Tipperary in a fiercely contested Munster Championship game in the TUS Gaelic Grounds.

The Limerick player was arrested for an alleged Section 4 assault and brought to Henry Street Garda Station where he was questioned before being released without charge later on Monday.

A file will now be prepared for the Director of Public Prosecutions who will decide if the matter will progress any further.

It is understood that a formal statement of complaint has not been made in relation to the case and a spokesperson for Tipperary GAA said they are “not aware of any alleged incident in Limerick following last Sunday’s senior hurling game”.

However, following  queries from the Irish Independent, the Limerick senior hurling management team confirmed they have dealt with a breach of team protocols by one of their players.

In a statement released on Twitter last night, the management team  confirmed that the matter has been dealt with internally and “no further comment will be made on the matter at this time.” 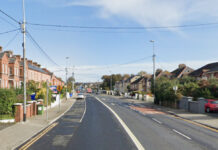