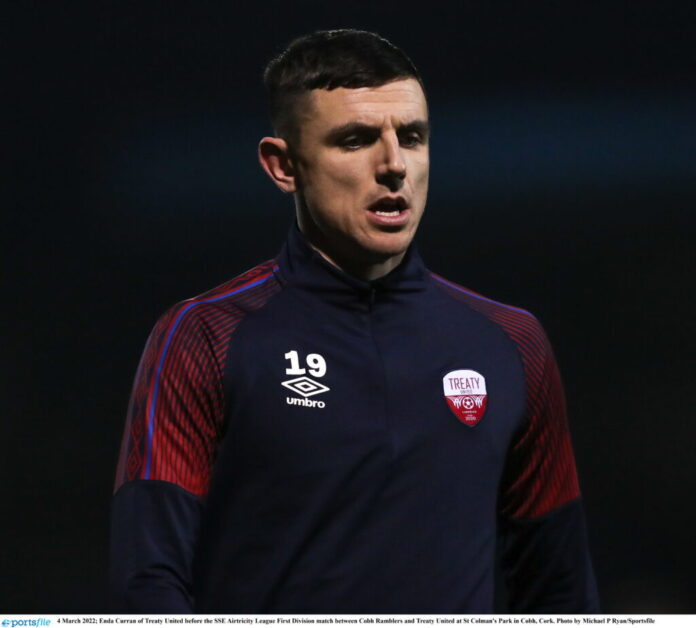 TREATY United will be looking for their first win in three games when they entertain Bray Wanderers in the first of three home games in a week at the Markets Field on Friday night (7.45).

In recent weeks, Treaty have earned a credible draw with Longford Town before suffering back-to-back defeats at the hands of Galway United and Cork City. Before the recent run, Tommy Barrett’s men had been six games unbeaten and will be desperate to produce a similar run to consolidate their current position in the Airtricity League First Division play-offs.

Before Friday’s game, Treaty are in 5th place and are one point ahead of 6th place Wexford with two games less played. With Cork and Galway well ahead of the chasing pack, it looks like any one of five teams could finish in the play-offs with Friday’s opponents also still in the mix despite picking up just 2 wins in 14 games.

Since the merger of both Cabinteely and Bray, there appears to have been unrest in the camp which culminated in an ugly scene last weekend when Bray manager Pat Devlin had to be restrained by stewards as he confronted angry fans who were calling for him to be sacked.

The Seagulls are without a win in 6 games and a Treaty win tomorrow night would put the Limerick side 7 clear with a game in hand. With all that taken into account, the visitors will need the victory more than their hosts.

The sides have already met once in the league this season which ended in a 0-0 draw at the Carlisle Grounds, Since Treaty joined the league last season, both teams have contested four games, with two of those ending in draws and a solitary win at their home venues for either side. There has only been 3 goals in the four games so a tight affair will be expected once again.

Barrett is sweating over the fitness of both Steven Christopher and Enda Curran ahead of the game, but it will come too soon for Mark Walsh, Joel Coustrain and Kieran Hanlon. Treaty were eliminated from the Munster Senior Cup at the semi-final stage on Monday night as they lost 0-3 to Cork City.

On Saturday evening, Treaty United women’s side travel to Galway to take on Galway WFC at Eamon Deacy Park. Don O’Riordan’s side are without a point all season and will desperately looking to get on the board following last weekend’s 0-4 home defeat to Bohemians.

On Monday night, Treaty senior men’s team will face Longford for the second time in just over two weeks at the Markets Field. As previously mentioned, the sides played out a hard fought 0-0 draw in the Midlands and there is just one place and 5 points separating them in the league. The game on Monday is a re-fixed game as the first home game of the season was postponed in February.

The post Treaty Search for First win in Three Games with Visit of Bray appeared first on Sporting Limerick.