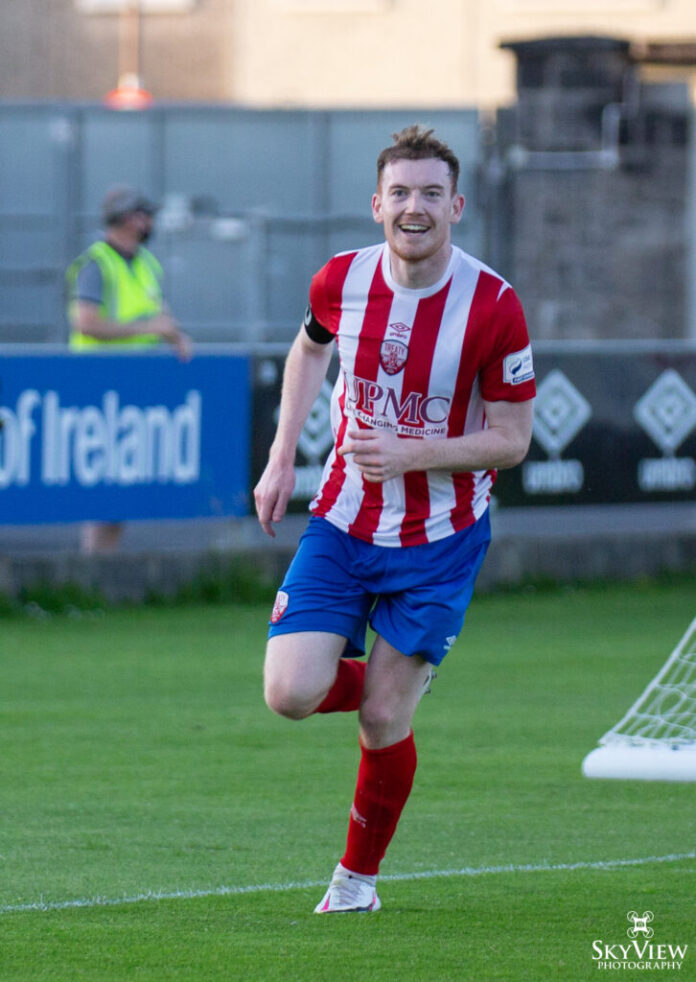 The home side held a slender 1-0 lead at half time through Enda Curran before Kieran Marty Waters equalised for Bray. Captain Jack Lynch looked to have grabbed all three points for the home side when he restored the lead with ten minutes to go. However, a late equaliser from Paul Fox ensured a point was shared.

Treaty United made a host of changes from the side who were defeated by Cork in the Munster Senior Cup on Monday evening with Jack Brady, Joe Gorman, Charlie Fleming, Callum McNamara, Matt Keane, Lee Devitt and Enda Curran all coming into the starting line-up. Tommy Barrett opted to revert to a 4-4-2 formation with Dean George partnering Curran as a striker.

The home side made a bright start with Lynch nodding the ball into the path of Curran who won a corner for his side. George came very close to giving Barrett’s charges the lead goal when he headed Ludden’s corner over the crossbar. Just three minutes later, Treaty got the opening goal that their early pressure deserved when George played Collins in on the right hand side and he delivered a fizzed cross which was expertly volleyed into the bottom corner by Curran.

Treaty should have doubled their lead when George ran in behind the Bray defence but his lob travelled wide under pressure from the advancing Michael Kelly in the Bray goal. On the half hour mark, Curran pounced on a short back pass from Bray captain Dean Zambra but his side footed effort was just off target and Bray’s Conor McManus recovered to clear. Moments later, Lynch thought he had doubled Treaty’s lead but he was adjudged to have been offside from Gorman’s header across the penalty area.

In the opening give minutes of the second period, Fleming had a good chance to add a second for Treaty but he headed Ludden’s corner wide from close range. The away side were growing into the game at this point but failed to create any chance of note. However, on the hour mark, they grabbed an equaliser when Waters was played in down the left flank and he rifled a shot beyond Jack Brady.

Lee Devitt and Daragh Lynch traded chances for both sides shortly after before Lynch managed to restore Treaty’s lead as he superbly controlled substitute Conor Melody’s cross from the right before shooting into the roof of the net. Most supporters in the ground thought that the home side had done enough to win the game at this point but Bray had other ideas as Brady dropped a deep cross before Paul Fox looped the ball into the net to the delight of the Bray bench.

Treaty will now face Longford Town in a re-arranged fixture at the Markets Field on Monday night.

The post Treaty Draw with Bray at the Markets Field appeared first on Sporting Limerick.