Limerick’s Diarmaid Byrnes has been named PwC/GPA hurler of the month for April, beating off Clare’s Peter Duggan and Dublin’s Donal Burke to the award.

The Patrickswell man has shown no sign of let up after winning back to back All-Stars and he has been in scintillating form in helping Limerick qualify for a fourth successive Munster final.

Byrnes kicked off his campaign with a six point haul against Cork in Pairc Ui Chaoimh as Limerick laid out their intentions with an eleven point win.

The wing-back hit 0-6 himself, with three coming from play as he was named in the Team of the Week.

He repeated the trick against Waterford in the TUS Gaelic Grounds the following Saturday as Limerick held on for a three point win over the Deise.

Byrnes was the only man to retain his place on the GAA.ie Team of the Week following the display.

It would be no surprise to see the Patrickswell native in the reckoning for the May award after two more impressive displays against Tipp and Clare.

Byrnes and Limerick are busy preparing for the June 5 meeting with Clare as they seek a first four-in-a-row of Munster titles since the 30’s.

Thurles will host the 4pm meeting of the neighbours on Sunday week. 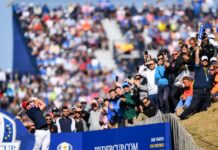 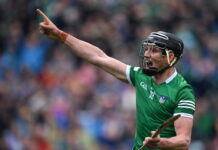