TEMPERATURES went through the roof at County Hall last week when a proposal  that all new houses include the installation of chimney stacks got councillors all hot under the collar.

Green Party councillor Seán Hartigan was far from impressed when council members passed a recommendation brought before the May meeting of Limerick City and County Council by Fine Gael’s Stephen Keary.

Cllr Keary’s recommendation called for the local authority to write to Housing Minister Darragh O’Brien requesting that the Building Regulations be amended to ensure that all new houses would include the installation of a chimney stack.

“If you think there are a lot of refugees from the war in Ukraine coming into Ireland wait until you see the number of climate refugees here in the future,” he warned.

Fine Gael councillor Sarah Kiely pointed out that all council members were on the same page when it comes to the environment and climate change. She did however, feel there was a real issue of fuel poverty that needed to be tackled.

Cllr Kiely was also of the view that wood burning stoves could be the answer.

Cllr Stephen Keary (FG), who had made the recommendation to the Council, told Cllr Hartigan that he had “no difficulty” putting it forward. People in rural areas, he said, still depended heavily on fossil fuels and have no alternatives.

Cllr Liam Galvin (FG) took the view that in case of emergencies houses should have chimneys so people can light a fire in the event of a power failure.

“You can’t expect people to sit around wrapped in a duvet all day. Chimneys are needed,” he said. 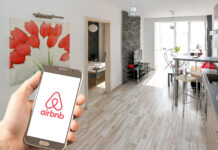 Funding not as issue in providing emergency accommodation in Limerick