It was a day to forget for the Limerick’s camogie sides as both the senior and junior teams suffered defeats in their respective second round championship clashes.

The Senior team were beaten 1-21 to 0-6 by Kilkenny in Nowlan Park, following their loss to Galway in the opening round last weekend.

In Nowlan Park, Kilkenny dominated the opening quarter and were 0-5 to 0-1 to the good after 15 minutes.

The hosts put the contest to bed prior to the half time whistle as they restricted Limerick to just a solitary point with Aoife Doyle’s goal on the stroke of the interval leaving it 1-11 to 0-1 in their favour.

Kilkenny continued in this vein with Caoimhe Costello eventually stemming the tide on 40 minutes with a free. The Adare woman made it two on the trot a minute later.

Kilkenny replied through Laura Murphy before Costello had it back to 1-17 to 0-4.

Caoimhe Lyons had Limerick’s final score of the afternoon as they now turn their attention to the final three games in the championship where they will feel they have a strong chance.

Limerick have a week’s break before they host Offaly on 11 June. That is followed by a clash at home to Down a fortnight later before they round out the group stages on 2 July against Antrim.

The Junior team trailed by just a point at the half in Roscommon after levelling heading into injury time.

But the hosts controlled the second period finding three scores within ten minutes of the restart as they pushed 0-13 to 0-7 clear with 53 on the clock.

From here, they kept Limerick at arms length to inflict another loss on Tim McGrath’s side.

Limerick have a lengthy break to their next game as they face Down on 26 June before taking on Antrim the following week. 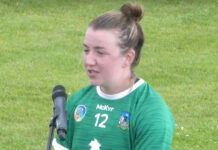 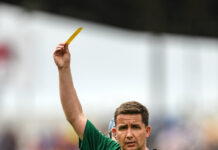 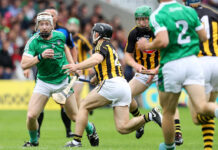