The Shannonsiders face into the back door route after Saturday’s Munster final loss.

Limerick will need a third championship win of the season if they are to make it to the All-Ireland quarter-final after they were beaten by Kerry 1-28 to 0-8 in the Munster football final over the weekend.

The Treaty men have reached the quarter-finals of the All-Ireland Senior Football Championship on just one occasion, 2011, where they were defeated by the Kingdom.

Limerick will be joined by fellow provincial finalists Roscommon, Kildare and Donegal in the qualifier draw. None of those teams can be drawn against one another after their respective losses at the weekend.

Each of those will be paired with one of the following,

Those first round qualifier ties take place this weekend with the exception of Tyrone and Armagh who meet on Saturday.

Limerick will face one of the above sides on the following weekend, June 11/12th. The All-Ireland quarter-finals will take place a fortnight later on the weekend of June 25/26th.

Kerry, Dublin, Derry and Galway are already safely through to the last eight. There will be an open draw for the quarter-finals once the qualifiers are completed. 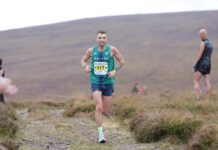 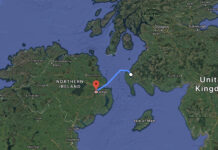