History will be up for grabs this Sunday as Limerick and Clare battle it out for the Mick Mackey Cup in the Munster Hurling Final.

Limerick will be competing in their 50th ever Munster Senior Hurling Championship Final and aiming for a four in a row for the first time since 1936 when they saw off Tipperary and Waterford twice each.

For the first time since 2019, they will be buoyed by a full crowd after winning a pair of titles during covid restrictions with zero spectators in attendance for their November win over Waterford in 2020 while there were only 7,000 at last year’s decider where they beat Tipperary.

But while four-in-a-row is the aim for Limerick, Clare will be seeking a first provincial crown since 1998 when they picked up a third title in four years.

That Anthony Daly led Clare team ended a 63-year wait for a Munster title in ’95 as they also went on to capture a pair of All-Ireland trophies.

Yet, since then, the Banner’s Munster final appearances have been few and far between, reaching the decider just four times in the past 24-years, losing to Tipperary thrice and to Cork in ’99.

You have to go back to that 1995 final to the last time the Shannon neighbours met in the final, where Clare dethroned Limerick, who were beaten under extraordinary circumstances in the previous year’s All-Ireland final.

Limerick regrouped the following year in the Munster semi-final with Ciaran Carey magic separating the sides at the full time whistle. Limerick couldn’t match Clare’s Croke Park feats, falling in a pair of finals within three years while Clare triumphed in ’95 and ’97.

Sunday’s clash will be the fourth between the pair since January with a pair of draws in their last two meetings.

John Kiely’s side sent out a statement of intent in January in Cusack Park with a comprehensive 0-28 to 0-17 win over the Banner in the Munster Hurling Cup with just four players form the previous year’s All-Ireland final win named from the start as Kiely picked up an 11th piece of silverware as manager.

But, by the time they met in the League in early March, much had been made of Limerick’s poor start to the competition that yielded three successive losses. They stopped the rot in Ennis but could only salvage a draw as David Reidy levelled at 0-18 apiece with a late free.

Ennis beckoned for a third time earlier this month in the championship where the sides finished with a stalemate at 0-24 to 1-21 in an intriguing contest.

Limerick were qualified for the knockout stages prior to throw in but needed a result to confirm a Munster final spot. Clare knew a loss would drag them into a final day battle.

The Treaty side, without All-Stars Cian Lynch, Aaron Gillane and Peter Casey grabbed the games only goal through Kyle Hayes but 0-16 from the stick of Tony Kelly pulled Clare ahead after Gearoid Hegarty received a contentious red card.

Diarmaid Byrnes had the final say of the game with his ninth of the day to secure a draw and set up a rematch in the June decider.

Limerick’s injuries have started to clear up with Kiely confirming that Gillane as well as Darragh O’Donovan and Cathal O’Neill have all returned to full training while Cian Lynch has been ruled out.

The final will end a three week wait for the Limerickmen while the Banner put in their most impressive display of the season, a week after the thrilling draw in Ennis.

Against Waterford in the final round, Clare, who rotated heavily after Limerick game, were in devastating form hitting the Deise for 3-31 in a dominating 12-point winning performance.

Nonetheless, the bookies have installed Limerick as 2/7 favourites with Kiely’s men holding a favourable record over the Banner in recent seasons, the defeat in 2018 their last to Clare which was followed by 18 and 10-point wins in 2019 and ’20 respecitively.

But this is a different Clare team under Brian Lohan and if Limerick are to make more history, they will have to do it the hard way. 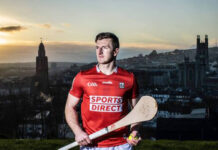