WHEN Mike Daly decided to do the second skydive of his life for charity, injury intervened to keep him firmly on the ground.

But when he hurt his back in the run up to the charity dive last week, he found he had a real friend in work colleague Ian Gleeson from Prospect who willingly jumped on his behalf.

“I did a skydive 15 years ago for a charity for the blind and it was a fantastic experience. I  always said I’d do it again,” Mike told the Limerick Post.

“A while back, I saw a Facebook page, ‘Help The Homeless Limerick’,  run by Jackie Duhig and Annemarie Sheehan. They are so dedicated. They go out seven days a week bringing hot food, clothes and essentials directly to the homeless on our streets,” he said.

Mike was helping by bringing regular bags of groceries to the ladies for their food run. “I wanted to do something more than just bring a few groceries so I decided it was time to do the skydive again.”

But while Mike was fundraising, he injured his back to the extent that it was impossible to do the jump.

His pal and colleague in security at the Revenue offices in Limerick, Ian, offered to step in so the dive could go ahead.

“You have to be a bit daring to do something like this but Ian stepped in, no problem. I’m so grateful to him,” explained Mike.

The pair raised a total of €910 for the homeless support work. “We were glad to be able to help. They do amazing work and absolutely everything donated to them goes directly to the homeless,” Mike concluded. 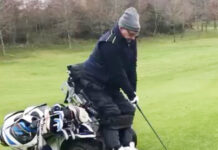 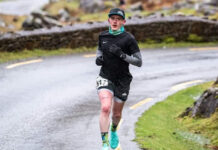 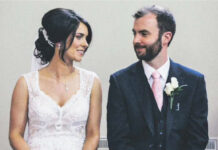 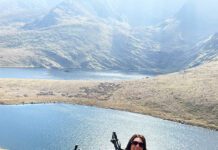 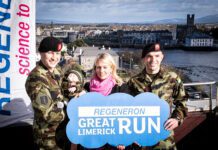 Soldiers on fundraising runs for their warrior babies 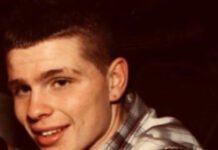 Benny remembered in tournament for the homeless