SEAMUS Flanagan had his finest game in the green of Limerick as he helped catapult them to Munster final glory.

Reflecting on what has been rated as one of the greatest finals of the modern era, Flanagan described it as a “game for the ages” as Limerick needed extra time to see off a spirited Clare effort.

Flanagan was one of the main reasons for Limerick’s victory as the Feohanagh Castlemahon man hit over 0-8, all from play in a spellbinding display.

With Aaron Gillane marshalled well, Flanagan took on the scoring duties and delivered when mattered most, before being nominated as the RTÉ man of the match.

“We were delighted and thank god we came out on top. It was a real hard battle, nip an tuck throughout the game.

For many on the Limerick team, it was a fourth Munster medal while it was a fifth for the class of 2013, Declan Hannon, Graeme Mulcahy and Nickie Quaid.

Flanagan, who is only 25, can count those four provincial medals alongside three All-Ireland honours and an All-Star.

Yet, he is quick to cherish each one, despite Limerick’s unrivalled recent success.

“We don’t take these things lightly. A Munster hurling medal is one you will cherish for your life, I know a lot of people who don’t have one so we will cherish this for sure. But yeah we are going to drive on, there are bigger things to be won as well.”

The post Munster final Man of the Match Seamus Flanagan recaps a “game for the ages” as Limerick claim four-in-a-row appeared first on Sporting Limerick. 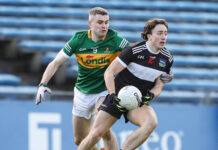