John Kiely has transformed Limerick from pretenders to the dominant hurling force in Ireland.

Limerick’s upturn in fortunes have been vast to say the least. Inheriting a team in 2017 that had won just a single Munster title in the previous 21 years, the Galbally man has guided Limerick to four successive provincial crowns for only the second ever time.

Added to that is a trio of All-Ireland titles as Limerick bridged a 45-year gap between honours while last year they retained their crown for the first ever time.

All that has been achieved under Kiely’s watch as he reached 30 championship games in charge over the weekend.

This year, they look the team to beat once more following an impressive Munster campaign that was capped off by a game for the ages where they beat Clare after extra-time.

After dominating the landscape in 2020 and ’21, Limerick had to dig deep to secure the win against Clare, showing a grit and determination that wasn’t needed in the past two All-Ireland winning campaigns, showing they can get it done any way.

With a four week lay-off to the All-Ireland semi-final, Limerick have ample time to recover from that victory as they await potential opponents in Croke Park on 3 July.

Over the next fortnight, we will recap Limerick’s best performances under Kiely with so many to choose from.

But today, we start with some notable omissions, highlighting the number of quality performances Limerick have delivered under Kiely’s tutelage.

Kilkenny ended Kiely’s first year in charge prematurely with a hard fought three point win in Nowlan Park. Following the loss to Clare in Munster, a youthful Limerick side simply lacked the belief to pick up a first win over the Cats since 1973 as experience told.

The Cats got off the mark quickest but Limerick had the game level at 0-4 apiece after 22 minutes.

Three from Walter Walsh would push Kilkenny into the lead but Limerick responded as they trailed 0-10 to 0-8 at the break.

On the resumption, Limerick outscored their hosts to bring the game level with 25 minutes left.

However, scores from Dowling and Pat Ryan had the gap down to two with just a minute of normal time remaining.

However, Kilkenny would outscore Limerick to earn a hard-fought 0-20 to 0-17 win, sending Limerick out of the championship.

The game proved that Limerick were going in the right direction and twelve months later they showed it in abundance.

Limerick put the hurling landscape on notice with a six-point win over Tipperary in the first game of the inaugural Munster round robin championship.

The win, Kiely’s first as manager, signalled Limerick’s newfound intent as they would end up as All-Ireland champions.

Playing much better than the visitors, Limerick trailed at the break with Dan McCormack’s goal the difference at 0-12 to 1-10 in a half where the sides were level nine time.

This continued into the second period before Limerick moved three clear with twenty to play. Tipp’s response was emphatic from Jason Forde.

But Limerick held their nerve to move clear once more with Barry Murphy’s goal sealing the contest.

All-Ireland champions Limerick got their season back on track with a comfortable win over Waterford in Walsh Park.

The gap in the end was twenty points as Limerick pulled away from the lacklustre hosts in the second half.

The Deise were three clear inside six minutes which was two after a quarter of an hour. But Limerick dominated the remainder of the first half, heavily outscoring the Deise for a 1-10 to 0-7 lead with Aaron Gillane netting.

Three minutes into the second half, Gearoid Hegarty put the game to bed, striding away from the opposition before firing to the roof of the net as the hosts failed to muster a reply.

In the end, twelve Limerick players got on the scoresheet in a brilliant display.

Limerick made it a pair of comprehensive wins over Tipperary as they dominated the Premier county in storm like conditions behind closed doors in Pairc Ui Chaoimh.

The Shannonsiders were in control throughout and led by 1-17 to 1-8 at the break. A Jake Morris goal after twenty minutes gave Tipp hope as they moved within one of Limerick. But Aaron Gillane replied in kind for Limerick, kicking to the net as they streaked clear prior to the half.

Gillane had his second from the penalty spot as Limerick went eleven ahead. But Tipp hit back and a contentious John McGrath moved them within six.

Yet, they couldn’t withstand the Limerick onslaught as Seamus Flanagan sealed the win with a late goal.

Limerick moved one step closer to retaining their All-Ireland title with a comprehensive performance against Waterford in the All-Ireland semi-final.

The Shannonsiders brushed the Deise aside in a performance rife with class and power.

Waterford, who were beaten by Limerick in the previous year’s All-Ireland final gave as good as they got in the first quarter with the defending champions holding a slight 0-4 to 0-3 lead.

Scores came from all over the field with Limerick 0-15 to 0-7 to the good heading into the derssing rooms.

And Kiely’s men didn’t let up in the third quarter despite Waterford’s best efforts with Aaron Gillane’s well taken goal with a quarter of an hour to play putting the contest beyond any doubt. 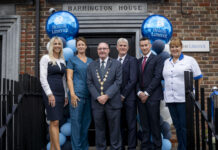 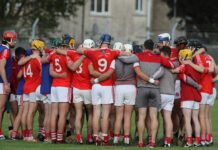 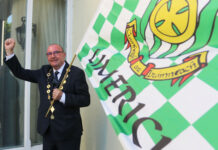